Fans have urged the Super Eagles to compensate Nigeria with bronze by defeating the Tunisia in Wednesday's clash. 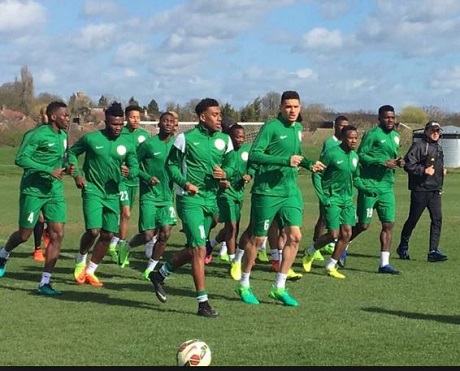 Football fans have urged the Super Eagles to compensate them by defeating Tunisia in the third-place match of the Africa Cup of Nations in Egypt on Wednesday (today).

They made the request after the Eagles’ heart-breaking 2-1 loss to Algeria in the semi-finals on Sunday.

Algeria forward Riyad Mahrez curled in a free-kick in stoppage time to give his side a 2-1 win over Nigeria in a tense match in the Egyptian capital.

A fan, Ezekiel Obi, said on Facebook, “Our boys should compensate us by doing everything within their capacity to defeat Tunisia in the third-place match. At least, this will still give us joy.”

Another fan, Tunde Aina, urged the Nigerian team to avoid the mistakes they made against Algeria, saying, “The coach and Super Eagles should watch some of the past matches of Tunisia to know their weak points and defeat them for us.”

“I am not happy with how Algeria defeated us. It is my hope that we will defeat Tunisia by a wide margin. It will not be nice for the Eagles to lose at this time that many Nigerians have developed so much interest in them. I expect that they will win the third-place as a form of compensation,” Vincent Henry added.
Top Stories