Obaseki To Ex-Governor: Edo State Money Is For Development, Not For Individuals


Obaseki described the late Milad as a leader who was disciplined and understood the fact that the money he had access to was for the state and not for individuals. 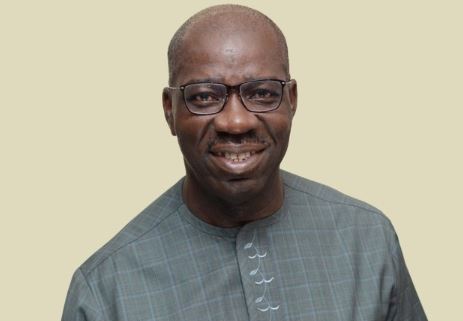 Governor Godwin Obaseki
Governor Godwin Obaseki of Edo State has said leaders must be prudent and disciplined in the way they handle state treasury while in office.
According to Obaseki, leaders who have been saddled with the responsibility of leadership, especially at the state level must have it in mind that the money at his disposal must be used for the development of the state and not for personal aggrandizement.
Speaking with journalists in Abuja when he paid a condolence visit to the home of a former military governor of defunct Bendel State, Vice Admiral Husaini Abdullahi (retd) over his death, Obaseki described the late Milad as a leader who was disciplined and understood the fact that the money he had access to while he was in charge was for the state and not for individuals.
Obaseki said, “This visit is a solemn event. We came here to pay homage to a great Nigerian statesman. These are people who served this country who meant well for this country. They had all the opportunities to make all the money. When they served it was not the spirit to acquire for themselves otherwise he would have bought the whole streets of the state.
“But these were people who understood what public service meant, people who sacrificed for this country. People who had access to state treasury but they had a discipline that money for the state was meant to develop the people and not individuals.
"He should be emulated and that’s why I had taken time out to come and pay homage to him and commiserate with the family and to say that we are proud of their father and the work he did and to advise and encourage them to sustain his legacies.
“He was governor during the turbulent times in Nigeria. Even though he was a military governor, he was able to win the heart and soul of Bendelites at that time. He sustained some of the policies he met on ground. If you come to Edo today, there are so many buildings and infrastructure he commissioned while he was governor.
In terms of physical environment and governance, he contributed immensely to the development of the old Bendel State. “Definitely, we are going to name a monument after him. I’m already consulting with my colleague in Delta and when we make the decision, we will let you know.”
Top Stories