Mercy Ike, the video vixen and model appears to be living up to expectation at the Big Brother Naija house. 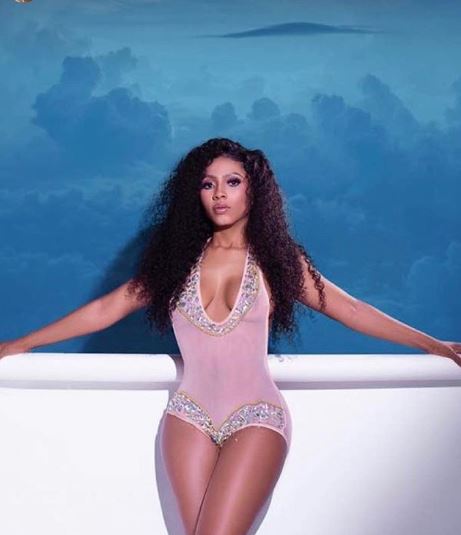 Mercy
Warri-based housemate, Tuoyo taking advantage of a drunk Mercy during their party while her lover, Ike was absent.
Ike later caught the two both of them in their sexual position on the dance floor and tried to prove to Mercy he could do better in the jacuzzi.
Mercy apppears to have no problems hopping from one man to the other in the reality show. She is famed to have the biggest bum in th house. Rumours have it that she paid over N2 million to surgically enhance her derriere.
The reality show has been criticized in the past for allegedly promoting nudity and other obscenties in the country. 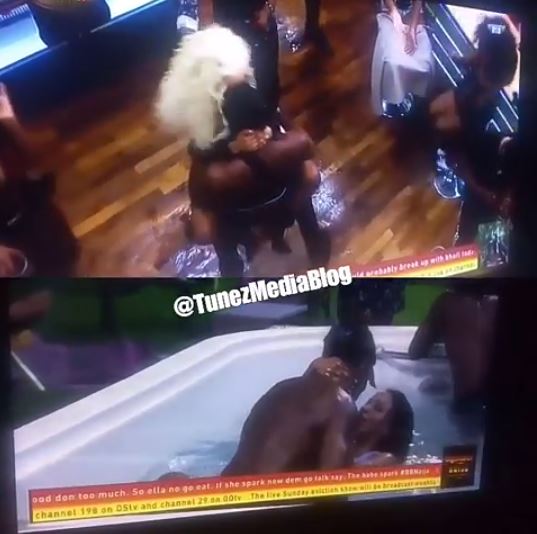 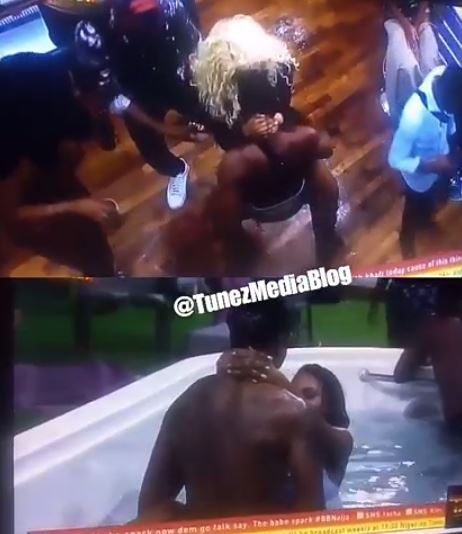 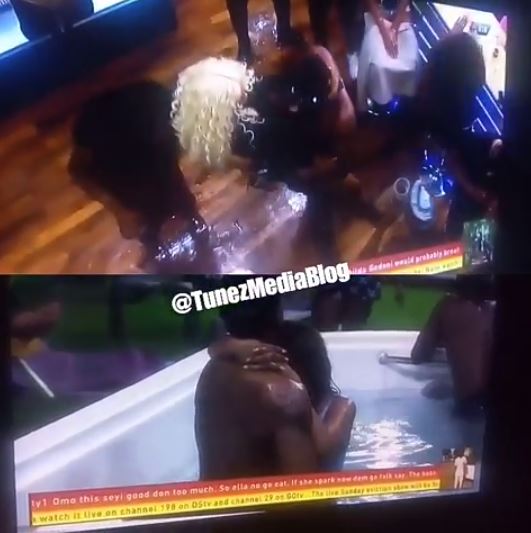 Watch the vido below: