Egwu, who told the committee that the matter is already prejudice, therefore said he cannot give further comment. 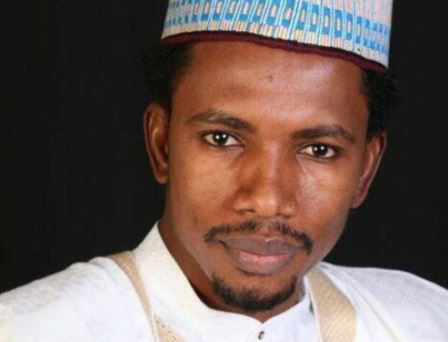 Elisha Abbo
The Senate on Wednesday extended by one week the time given its ad-hoc committee to investigate the alleged assault of a nursing mother by the Senator representing Adamawa North Senatorial district, Elisha Abbo, at a sex-toy shop in Abuja a few months ago.
This followed the request for an extension of time by the Committee Chairman, Sen. Sam Egwu (Ebonyi).
Egwu, who told the committee that the matter is already prejudice, therefore said he cannot give further comment.
He said: “We set out to do the investigation by inviting people that are involved including our colleague, Sen. Abbo, who made it clear that he was invited by the Police, detained for a day and later charged to court.”
However, the President of the Senate, Dr Ahmad Lawan said the Senate is only investigating the misconduct of their colleague and cannot wait until the police finished its investigation on Sen. Abbo, adding that they will give Sen. Egwu a one-week extension.
Lawan said: “We are not investigating criminal activities which the police is already investigating but we are investigating the misconduct of our colleague.
“We will give you an extension of time but cannot wait until the police finish its investigation or after the determination of the matter by the court. However, Lawan was reminded by the Senate minority leader, Sen. Enyinnaya Abaribe that his rule was his personal opinion which is contrary to Senate rule 53. He said ” Mr. President, it is your opinion.”
It would be recalled that the Senate had set up an ad-hoc Committee with Senator Samuel Egwu as chairman to investigate the alleged assault by Abbo of a nursing mother at a sex-toy shop.
Speaking through order 14, Senator Uba Sani representing Kaduna Central Senatorial district, explained that the video would bring the 9th Senate to the public opium if the allegation was not investigated.
He disclosed that he received 111 calls from Nigeria and outside Nigeria over the video, noting that the Senate must take action to save its reputation.
“Mr. President, distinguished colleagues, yesterday night, there was a viral video involving Senator Elisha Abbo assaulting a nursing mother at a sex-toy shop.
“Between yesterday night and this morning, I received about 111 calls internationally and locally over the issue and this Senate must take action to save its name.”
Top Stories