The player who picked up one yellow card during the campaign apart from playing all the games was also the only player that was not substituted. 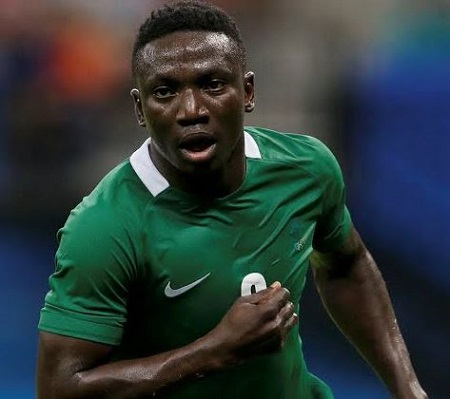 Oghenekaro Etebo
Stoke City’s midfielder, Oghenekaro Etebo turned out to be the Super Eagles strongest player during their Africa Cup of Nations campaign here in Egypt.

Of all the 23 players Coach Gernot Rohr took to the competition, only the former Warri Wolves playmaker played all seven matches and the full 630 minutes.

The player who picked up one yellow card during the campaign apart from playing all the games was also the only player that was not substituted.

Rohr while commending Etebo, said he still has age on his side but advised that he must aim to leave the lower league in England and play for a big club anywhere in Europe.

“Etebo must move up to a big club, players must grow and play in big clubs, most of the work is done in the clubs, not in the national team,” he said.

The German tactician said that the Super Eagles attack was good but that Odion Ighalo, though a good scorer, must reconsider remaining in the Chinese league from where he comes to the national  camp either fatigued or injured .

He stressed that if remains the teams handler, he will need to beef up areas he knows are lagging behind, adding that “we need players who are playing in their clubs. We have players playing all the time in their clubs but we don’t have Riyad Marhez, we don’t have Onana like Cameroon, we don’t have Champions League players”, he said.
Top Stories