'If You Shed Crocodile Tears At My Burial, My Spirit Will Flog You' - Veteran Actor, Olumo Warns Colleagues


Veteran Nigerian actor, Charles Olumo has sent a warning to his colleagues who may be planing to shed crocodile tears at his burial. 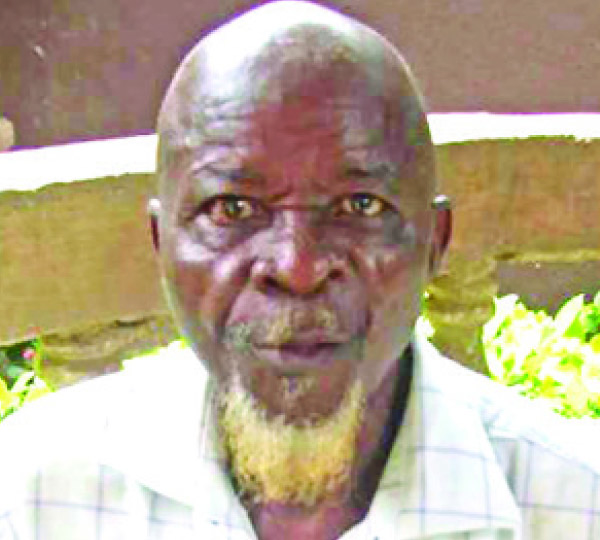 Charles Olumo
Veteran actor, Abdulsalam Ishola Sanyaolu popularly known as Charles Olumo or Agbako in the Yoruba sector of the movie industry, was down with a strange ailment that rendered him incapacitated and made him disappear from the scene for some time.

Now, the 94-year-old thespian is back on his feet and he opened up to this reporter on sundry issues.

Papa, it’s been quite a while, where have you been?

Thanks so much. I have been sick but thank God I’m back on my feet.

What was the nature of the ailment?

It’s heart-related. After series of test, I was told that my heart was weak, coupled with the fact that I often forgot things, so I was placed on drugs that must be used to avoid any crisis.

What of surgery? Did they perform any surgery on you?

No, the doctors said there was no way they could perform surgery on me. They said the drugs were very essential and must not be skipped. Though, I was operated upon when I had urinary ailment recently, I’m free from that now.

Is your association, ANTP or TAMPAN aware of this?

Different people with different characters; some members were aware but it’s only Esther Idowu Philips aka Mama Rainbow that came to my rescue. She sent money to me regularly to feed and buy drugs.

Do you have any regret going into acting?

No. Our generation suffered a lot; we didn’t make money from acting. During our time, we worked to entertain people. I started as an entertainer, whereby 12 people will be pounding (yam) on my chest. At times, I would be dancing on broken bottles.

How did you get such power to withstand 12 people pounding on your chest?

It’s by practice not by any power. Also, with constant practice, I was able to jump down from a 10-storey building.

That means the ailment could be as a result of those dangerous things you’ve done in the past?

Yes, we took a lot of risks to entertain our audience in those days.

Yes, I do, but not regularly as before.

You mean you didn’t make money from acting?

Yes, all we were looking for in those days was fame and not money.

What then can you say you’ve achieved in the movie industry?

Thank God, I have a house. I also have children but some of them are still young.

At your age, you still have little children, how come?

I have grown up children who are doing fine. But I have some younger ones who are still living with me.

It means you have many children?

No, I only have five children from two wives.

Do you have any regret so far?

No. I thank God for the fame He gave me.

Right now, what do you want the government to do for you?

I want financial assistance from the government.

How many films have you produced so far?

I have produced three films such as Agba Aja, Ajana Oro and Nkan Se, but I didn’t make money from them.

Why do you always play a wicked man in films?

I don’t play wicked roles but that of a ‘bad man’. I play ‘bad man’ to educate people, most especially, evildoers that the wages of sin is death.

What are the differences between Agbako in films and Agbako at home?

Is Agbako a good thing? (Laughter). At home, I’m Sanyaolu; but as soon as I put on the costume, it’s as if another power has come over me and I’m possessed.

Do you take any stimulant before going on stage?

No. I don’t smoke, I don’t take alcohol or any stimulant; my acting is natural.

Do you worship an idol that possesses you while acting?

No, I’m a Christian and an Anglican for that matter. It was the late Abdul Jabar that sponsored me and my other colleagues to Mecca sometimes ago, that’s when I became an Alhaji.

As an elder, what do you think caused the industry crisis that led to the formation of ANTP, TAMPAN etc.?

They (actors) are simply being childish. I pray they get mature with time.

What lessons can the younger ones learn from you to make it big like you?

They should be honest with themselves. They should not be diabolical because I am not fetish; I only play a fetish man in films.

No one lives forever, so how do you want to be buried when you die?

I have instructed my children, and I’m saying it again, that I should be buried the same day I join my ancestors. I should not be taken to any mortuary.

What of your colleagues? Have you told them this too?

I have told them, and I’m also using this opportunity to inform them, that nobody should come and shed crocodile tears at my burial. If they do, my spirit will flog them, because when I needed their help, they were nowhere to be found.

Did you mentor any of the young ones?

Yes, I mentored many; some are dead while others are alive. One of those still active is Muyiwa Ademola also known as Authentic.

What else do you do now aside acting?

As you are aware, I was a mechanic before I started acting. I can’t do any other job except acting, the only snag is I didn’t make money form acting, I only made name.
***
Source: Sun News
Top Stories