#BBNaija: Tacha Rains Insult On Mike And Omashola At The Afterparty (Video)


Nigerians have been left in a state of shock after a BBNaija contestant rained insults on two others in the house. 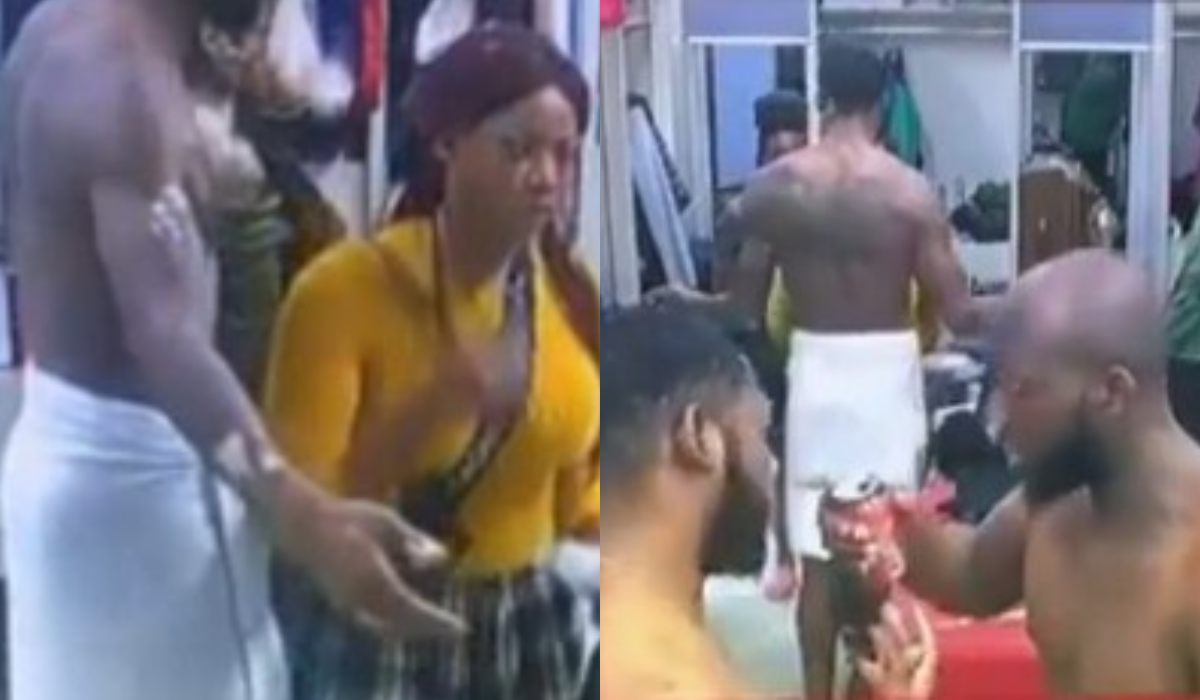 Scene of the incident
Big Brother Naija 2019 contestant, Symply Tacha is seriously earning herself a bad reputation after she was caught on tape raining insults on Mike and Omashola.
Tacha has been insulting fellow housemates especially the men and always daring them to do their worst. She was seen being physical with Mike and even pushing him.
It all started when a fight broke after Saturday’s night party with BBNaija housemates.
Tacha was furious as she accussed him of being drunk or drinking while the ladies didn’t get drunk. She said, “the ladies no get drun, na una guys dey drunk.”
Tacha got aggressive after the party and started attacking Mike, telling him to shut up as she called him names. She went as far as pushing and throwing stuffs at him.
In the video, she could be heard saying;
"Shut up! Shut up! Shut up! shut up Mike!
Fuck out of here, stupid ass"
Many fans have expressed disgust with her behaviour saying that her abusive strategy is not working.
Omashola however found it offensive that Tacha mentioned guys instead of just Mike who she was having the fight with. Tacha did not back down as she faced Omashola.
Mercy however stole the show as she is seen twerking away and having fun during the party.
Watch the video below: