There is apprehension in the air after gunmen abducted a bus filled with passengers in Edo state. 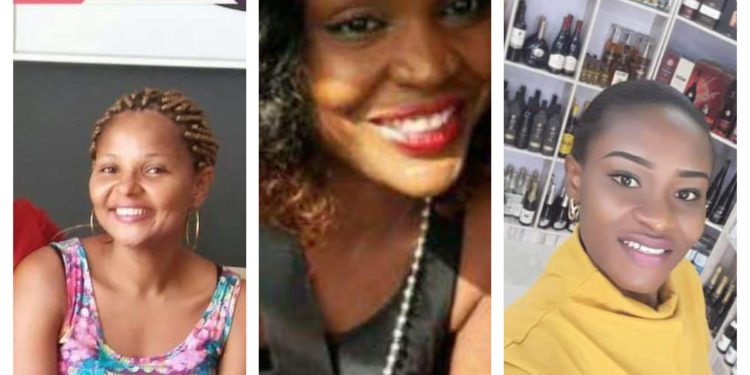 The victims
Unknown gunmen have abducted three ladies traveling from Lagos State to Yenagoa, Bayelsa State capital, according to TheNation.
The victims identified as Okuboere, Seifefa and Amara were reportedly abducted by suspected herdsmen along the Hausa-Fulani settlement in Okada area of Edo State.
Princess Grace, who resides in Bayelsa, identified the victims as her sisters-in-law and their friend from Abia State, Amara.
Grace said the incident happened at about 12noon on Monday adding that the assailants demanded N30million to free their victims.
She said: “My sisters-in-law, Bayelsa state, Okuboere, Seiyefa and their friend Amara from Abia State have been kidnapped by suspected Fulani herdsmen along Okada Road in Edo State about 12 in the afternoon.
“They were on their way driving down from Lagos to Yenagoa with two children in the vehicle.
“The criminal herdsmen were said to have shot at them from the front and while they were trying to reverse, attacked them from behind.
Some of the Kidnapped Victims: Seiyefa, Okuboere, Amara
“They are from Sagbama LGA in Bayelsa State while their friend is from Arochukwu in Abia State.
“The children, age 12 and 4 were left behind in the car in bush where the incident happened.
“Last night, one of the victims called me to inform their parents that the kidnappers are demanding N30million.
“Despite not having jobs, these girls have worked hard. One owns a small tailoring shop, the other sells drinks and the other supports her husband to raise two children. The Police in Edo state have been contacted”.
Top Stories