Shocker! Man Commits Suicide Live On Facebook After His Girlfriend Got Engaged To Another Man


In what will come across as a really shocking development,a young man has killed himself live on Facebook over his girlfriend. 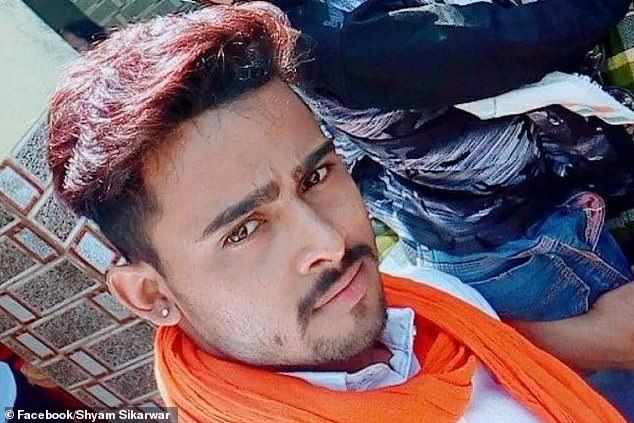 Shyam Sikarwar
A 22-year-old man committed suicide on Facebook after his girlfriend left him for another man.

Shyam Sikarwar, also known as 'Raj', posted shocking footage on social media in which he hanged himself inside a temple in the village of Raybha near Agra.

According to the Times of India, Sikarwar left a four-page suicide note in which he apologised to his family and told them to donate his organs.

It is not known if Sikarwar had split up from the unknown woman or if they were still together at the time of her engagement.
Local residents reportedly found his body inside the temple on Saturday morning after he posted the footage.
The four-minute long clip shows Sikarwar asking authorities to not take any action against anyone over his death.

'I miss her and can't live without her. I can't bear the fact that she is getting married to someone else,' said the suicide note left behind by Sikarwar.

'The stress of losing her has affected me so much that I lost my job.'

Ajay Kaushal, a police spokesperson from Achhnera, said: 'The victim's body was found hanging inside the temple premises by local residents.

'During the probe, we found out that the victim was unemployed and depressed because the girl he was in love with was getting married to someone else.

'We have conducted the autopsy and handed over his body to his family.'

By the time this report was filed, the victim's profile was deactivated from the Facebook by his family members.

MailOnline has contacted Facebook for comment. It is unclear how long the video was online for and how many times it was viewed.
***
Source: Daily Mail UK
Top Stories