It has been revealed that Nigeria's President Muhammadu Buhari is considering proscribing Shiites. 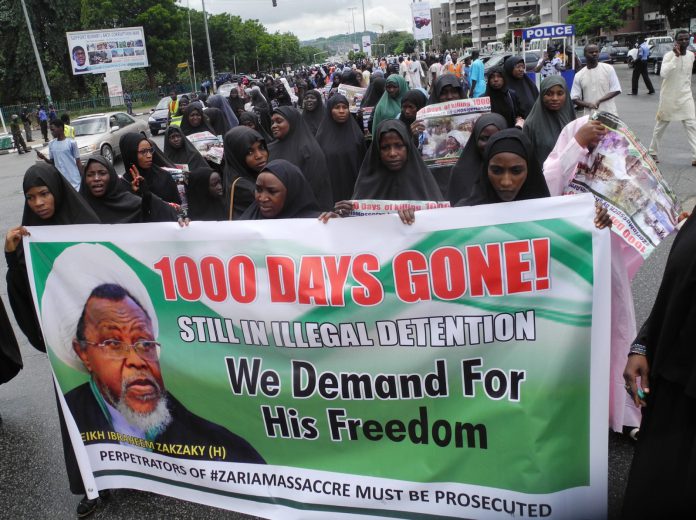 Shiites
There are indications that President Buhari might be considering the proscription of the Islamic Movement of Nigeria also known as Shi'ites, according to a report by Premium Times.
It was gathered that the proscription, which is likely to come in form of an executive order, is expected to be made public before Wednesday July 24th.
President Buhari convenned a meeting with security chiefs at the State House on Monday afternoon after the bloody clash and it was reportedly concluded that the Shi'ites group should be declared an illegal organisation in Nigeria.
“This proscription will put an end to the madness of Shiites in Nigeria,” a source in the presidency said
Another source said President Buhari would cite the Terrorism Prevention Act to ban the Shiite movement in Nigeria. The law was introduced under President Goodluck Jonathan to proscribe Boko Haram as a terrorist organisation and intensify the crackdown on its members.
Top Stories