He demanded that the House of Representatives be impartial or face the wrath of the youths. 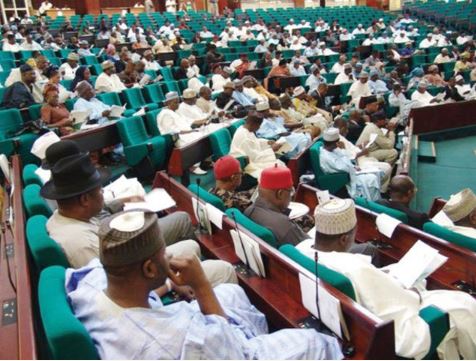 File Photo
A group, Edo Youth Vanguard, has warned the House of Representatives not to unduly interfere in the affairs of the   Edo State House of Assembly.
In a statement on Monday by its President, Nosakhare Oseghale, the EDV said the intervention of the House of Representatives in the Edo Assembly crisis was suspicious.
He demanded that the House of Representatives be impartial or face the wrath of the youths.
He said, “The stance of the House of Representatives on the Edo State House of Assembly issue raises not only eyebrows, it calls for deeper scrutiny into what inspired the misguided decision. Are they acting in our interest or the interest of their paymasters?
“We have just decided to maintain the peace and order in the state as encouraged and entrenched by Governor Obaseki but we are privy to the shenanigans of selfish and mindless Abuja political merchants and we shall not allow them to dictate to us who the leaders of our House of Assembly should be.”
The youths, who pointed an accusing finger at the National Chairman of the All Progressives Congress, Adams Oshiomhole, queried why the APC national leadership would want to meddle in the Edo State House of Assembly’s leadership.
However, another group, Edorisiagbon Network, blamed the Assembly crisis on Obaseki, saying he wanted to manipulate due process.
The group, in a statement by Chief Idahosa Ray Amasowomwan in Benin, also warned a former National Chairman of the APC, Chief John Odigie-Oyegun, to desist from fanning the embers of discord in the state.
It said Odigie-Oyegun had been heating up the polity instead acting as a father figure to douse tension in the party.
The group said, “Chief John Odigie-Oyegun has been fanning the embers of discord, disloyalty and utter irresponsibility against the National Working Committee of the ruling APC.
“Yes, we are interested in amicable resolution of the APC crisis which was complicated by Governor Godwin Obaseki’s Machiavellic inauguration of minority rule at dead hours of the 17th of June.
“We can’t support a governor who, out of his desperation to clothe his abuse of due process and alleged crass mismanagement of state resources, wickedly sidelined 15 members from inauguration. Edo people were not brought up that way; it is thus an alien culture.”
Top Stories