A van carrying a whopping $140 million illicit drugs has crashed into police cars in broad daylight. 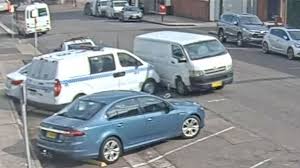 NAN reports that a van carrying more than 200 million Australian dollars, about 140 million US dollars worth of the illegal drug methylamphetamine crashed into two patrol cars parked outside a police station in Sidney.

The accident which took place on Monday outside Eastwood police station in north-western Sydney was described by the police as one of their ‘easiest’ drug busts.

“This would be one of the easiest drug busts NSW Police have ever made,” police spokesman Glyn Baker told reporters in Sydney on Tuesday.

“This man has certainly had a very, very bad day. Crashing into a police vehicle with that amount of drugs on board is somewhat unheard of, it’s an exceptional set of circumstances.”
A police officer stopped the van an hour later in the nearby suburb of Ryde.

New South Wales police said the van was conveying 13 boxes with 273 kilograms of methylamphetamine, known as ice, with an estimated street value of more than 200 million dollars in bags inside moving boxes.

The 28-year-old man driving the van has been charged with large commercial drug supply and negligent driving.

Police said no one was injured in the incident, but one of the police vehicles sustained significant damage.

Australian authorities in the past have said the country has a “serious epidemic” of drug use with an “insatiable demand” for illicit substances.

In February, an analysis of wastewater data found Australians spent about 9.3 billion dollars on illicit drugs in a year, including an estimated 9.6 tons of methylamphetamine, the most consumed drugs in Australia.
Top Stories