Some customers, who spoke on the development, lamented the hardship the closure had subjected them to. 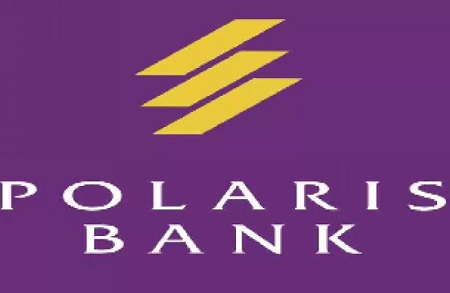 Polaris Bank branches in Osogbo, the Osun State capital, did not open for business on Monday.

Though no official of the bank was available for comments, a security guard at one of the branches, who spoke under condition of anonymity, said a court in the state had ordered the sealing off of the bank branches following a complaint by a customer.

The three branches of the bank within the metropolis did not open for business.

It was also learnt that all the branches of the bank across the state had been shut since Friday.

An employee of the bank, who pleaded not to be named, explained that some court officials and security agents shut down operations at the branches following a court order.

When our correspondent visited branches of the bank at Fagbewesa, Alekuwodo and Gbongan Road in Osogbo on Monday, it was observed that only the Automated Teller Machines were working.

Some customers, who spoke on the development, lamented the hardship the closure had subjected them to.

A federal retiree from Ajaba in the Ila Local Government Area of the state, Thomas Kolapo, told our correspondent that he was in Osogbo for the verification of retired federal civil servants and had planned to withdraw money from any of the bank’s branches in the town.

He stated, “Unfortunately, I don’t have an ATM card on my account with the bank. Many of us did not know that the bank would not open for business.

“We hope for a quick resolution of the matter, because of the negative effects the closure are having on the customers.”

Another customer and resident of Osogbo, Barnabas Ngwu, who spoke with our correspondent at the Alekuwodo branch of the bank, said he successfully completed all his transactions on the ATM.

He, however, appealed for a quick resolution of the matter that led to the closure of the branches, adding that many depositors might become apprehensive and lose faith in the lender.

When contacted, the bank said the Osun State High Court, Ikire Judicial Division, made an order absolute against it on July 12, 2019, in respect of the account of one Gabriel Omeka.

According to it, the fund that the court made the garnishee order on was $1.1m.

“The judgment debtor in the matter does not have any account with the bank. The purported balance in the account of the customer, which the court attached in the garnishee proceedings and directed the bank to pay within three days arose when there was a cyber attack on the bank’s system and some fraudsters hacked into the bank’s system and inflated balances in certain accounts of which the account in question is one.

“When the order nisi was served on the bank, we disclosed to the court that the customer’s account was used to perpetrate fraud against the bank and this fraud led to the inflated balance of $1.1m, which the bank has reported to the police and same is under investigation.

“We informed the court and exhibited documents that such a balance did not exist as the customer never made such deposit with the bank and that the balance in the customer’s account was not bad by any underlying transaction.