Some former ministers did not make the new ministerial list released by President Muhammadu Buhari. 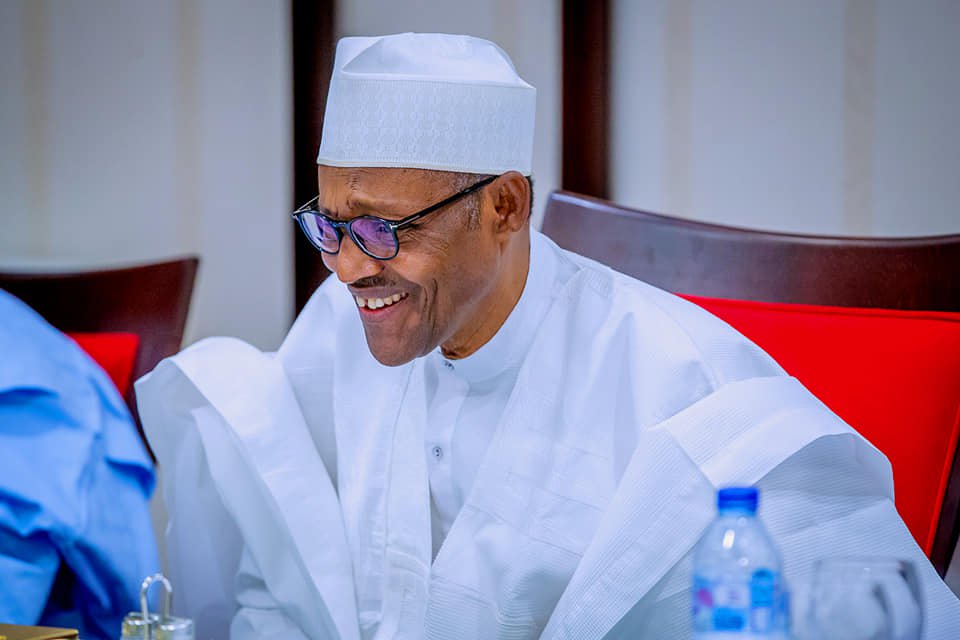 Muhammadu Buhari
After several weeks of waiting for the release of President Muhammadu Buhari’s ministerial list, 43 names were forwarded to the Senate for confirmation on Tuesday.

Mr Buhari, who was returned in a keenly contested election, was sworn in for his second tenure on May 27.

The president also retained Babatunde Fashola, Chris Ngige and 11 others.

However, checks by this paper revealed that 18 people who were ministers when the last cabinet was dissolved have not been reappointed.

PREMIUM TIMES, in this report, lists these former ministers.

Adebayo Shittu, the former minister for communication, was the youngest lawmaker at age 26, to be elected a member of the Oyo State House of Assembly in 1979.

Mr Shittu, who skipped the mandatory National Youth Service Corps, aspired for the governorship of Oyo State but was disqualified by the All Progressives Congress.

Although the former minister drummed support for the party in the presidential election, he refused to back the party’s candidate in the Oyo gubernatorial race.
2. Isaac Adewole

Isaac Adewole, the former minister of health, is a professor of gynaecology and obstetrics and the former Vice-Chancellor of the University of Ibadan.

One of the achievements of Mr Adewole, while in office, is that Nigeria did not record any active case of Wild Poliovirus (WPV) in the country throughout 2018.

He was also appointed as a member of the international advisory board of the African Cancer Institute.

Solomon Dalung was made the Minister of Youth and Sports by President Buhari in 2015.

Mr Dalung served in the Nigerian Prisons Service, the University of Jos as a lecturer and as Chairman of Langtang South Local Government Area in Plateau State.

His tenure was blighted at the end by allegations levelled by the International Association of Athletics Federations that the ministry under his watch failed to refund $130,000 mistakenly paid to Nigeria.

Audu Ogbeh was the Minister of Agriculture of the Federal Republic of Nigeria. He is also known for his literary works as he authored five plays which include three published works.

In 1979 he ran for office in the Benue State House of Assembly on the platform of the National Party of Nigeria (NPN), becoming deputy speaker of the house. In 1982 he was appointed Federal Minister of Communications, and later became Minister of Steel Development.

Mr Ogbeh while in office claimed that Nigerians order pizza from London, when he was trying to explain the dependence of Nigerians on imported goods.

He is the immediate past President of the Organisation of the Petroleum Exporting Countries (OPEC) Conference with a tenure that expired in January 2016.

Mr Kachikwu is a graduate of Law from the University of Nigeria, Nsukka, who thereafter obtained a Masters and Doctorate Degree in Law from Havard University.

In 2018, the former minister boasted of being a first class graduate. However, a fact-check by this paper revealed that claim to be false.

Mr Dan-Ali has served in different command and staff capacities, some of which include commanding the Nigerian contingent supporting the United Nations Africa Hybrid Mission in Sudan.

Aisha Abubakar was appointed as the Minister of State for Industry, Trade and Investment by President Buhari in late 2015.

The politician earlier worked at African Development Bank between 1993 -1999.

In October 2017, she supervised the hiring of an appraising agency by the Bank of Industry and some other government parastatals.

Abdulrahman Dambazau is a retired Nigerian Army lieutenant-general and Nigeria’s former Minister of the Interior.

Mr Dambazau served as Chief of Army Staff between 2008 and 2010 in late Umaru Yar’Adua’s cabinet.

He also served as Chief Instructor, Support Weapon Wing of the Infantry Centre and School from 1999 to 2001 and later as Directing Staff at the National War College from 2004 to 2006. From 2007-2008 he served as General Office Commander (GOCl) 2nd Division, Ibadan.

Mr Udoma was appointed the Minister of Budget and Planning in 2015.

He once served as the senator for Akwa Ibom South constituency of Akwa Ibom, on the Peoples Democratic party (PDP) platform.

In February 2010, as chairman of the Governing Board of the Securities and Exchange Commission (SEC), Mr Udoma was criticised for retaining the posts of Chairman of UACN, Director of Unilever and Vice Chairman of the Board of Linkage Assurance, publicly traded companies.

From February 1992 to November 1993, he served in the office of the Governor of Cross River State as personal assistant to Governor Clement Ebri on speech writing and policy analysis.

Mrs Abba Ibrahim was made the Minister of State for Foreign Affairs by the president in 2016.

She was a two-time member of the House of Representatives for Damatura/Gujba/Gulani/Tarmuwa in Yobe State.

According to the Niger Delta ministry’s website, he has held many administrative positions at the university and national levels.

He has also served on quite a number of committees in the university and edited and/or co-edited several academic journals within and outside of Nigeria.

Heineken Lokpobiri was the Nigerian Minister of State for Agriculture and Rural Development.

Mr Lokpobiri was elected senator in April 2007 on the Peoples Democratic Party (PDP) platform in Bayelsa State, for the Bayelsa West constituency.

Okechukwu Enelamah was nominated by President Buhari to join the federal cabinet in October 2015 and sent to the Industry,Trade, and Investment portfolio in November 2015.

He later worked in the New York and London offices of Goldman Sachs in 1993 before joining Zephyr Management as an investment manager where he rose to Principal in the Johannesburg office between 1995 and 1997.

Anthony Gozie Anwukah from Imo is a Nigerian educator and professor who was appointed Minister of Education for state in 2015.

Before his ministerial appointment, Mr Anwukah previously served as Vice Chancellor of the Imo State University.

He studied English Language and Literature at the Fourah Bay College, University of Sierra Leone in early 1970s.

Mr Bwari was appointed the state minister for mine and steel development in 2015.

However, in 2018, he doubled as the federal minister for the same ministry, following the resignation of his boss, Kayode Fayemi.

Mr Bwari was elected as a member of the Federal House of Representatives representing Suleja/Gurara/Tafa Federal Constituency in 1998 and subsequently became Chief Whip of the House, a position where he served between 1999- 2007.

Stephen Ocheni from Kogi, Nigerian, professor of accounting was the Minister of State for Labour and Productivity.

He replaced late James Enojo Ocholi, who served as Minister of State for Labour and Productivity from November 2015 to March 2016. Mr Ocholi, his wife, Blessing; and son, Joshua, died along the Kaduna-Abuja Expressway on March 6, 2016.

Mr Ocheni was a lecturer in Accounting, Taxation, Cost Accounting and Management Accounting at the Federal Polytechnic, Idah, Kogi State, between 1985 and 1993.

The surveyor was a student at the College of Environmental Studies, Kaduna Polytechnic.

He was appointed Minister of State II, Federal Ministry of Power, Works and Housing in August 2017. In December, 2018, he became the Minister of State, Environment.
***
Source: PREMIUM TIMES
Top Stories