The identity of the pilot who expertly averted a tragic air crash with her expertise in Lagos, has been revealed. 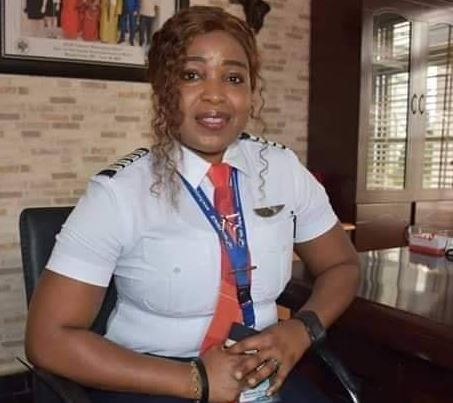 Captain Simisola Ajibola
News made the rounds yesterday, July 23 that an Air Peace aircraft had crash-landed in Lagos. The passengers who narrowly escaped death in the incident, praised the pilot for her dexterity in handling the situation well.

That pilot has now been identified as Captain Simisola Ajibola. 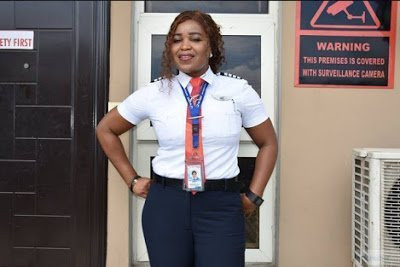 Captain Simisola Ajibola who is seen pictured above used her expertise to avert the near tragedy on Air Peace aircraft that happened at the Muratala Mohammed International Airport Lagos.

The Air Peace Boeing 737 plane lost its tyres after crash-landing at the Airport facility. According to eyewitness accounts, the incident was brought under control, thanks to the expertise of Captain Simi who handled the near-fatal incident professionally.
Below are photos of the plane involved in the incident: 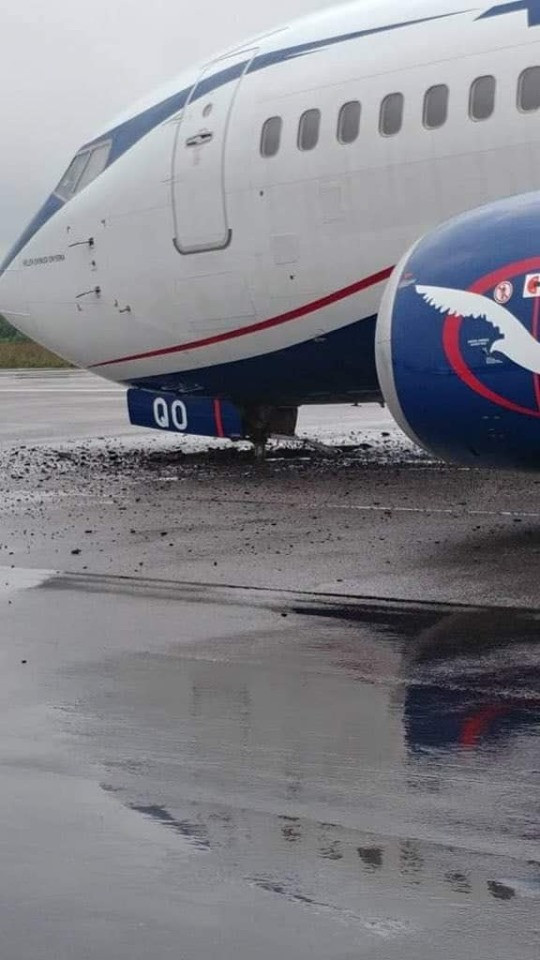 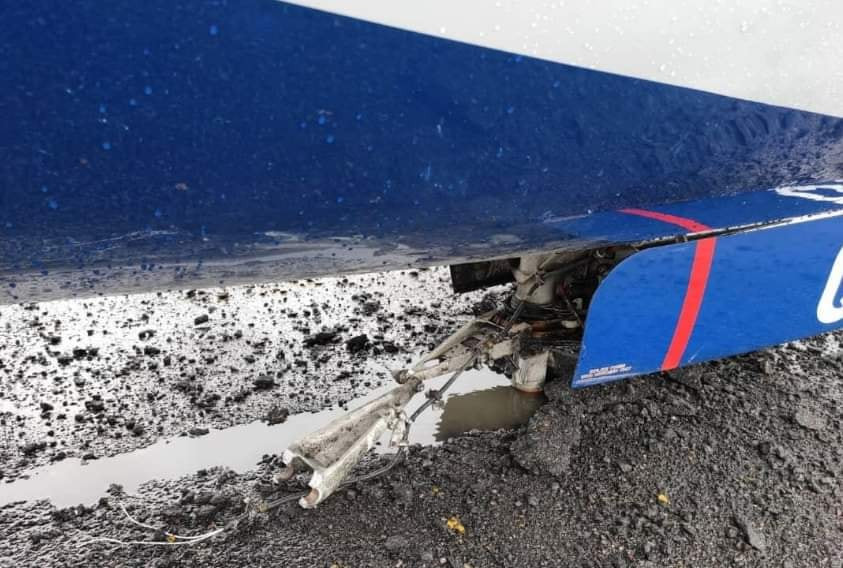