A woman who was trying to throw her own baby away in a Lagos community, has been nabbed in the process. 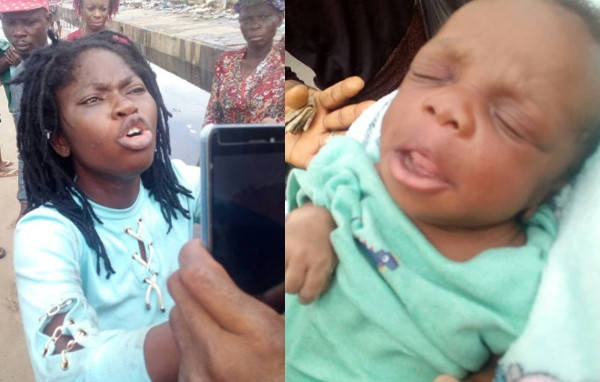 The mother and baby
A young mother who was trying to throw away her own baby was nabbed this morning at Ile Epo Bus Stop, in Iyana Ipaja area of Lagos.

The lady was taken down to Ile Epo Police Station after being caught trying to throw her baby into a gully in the area. 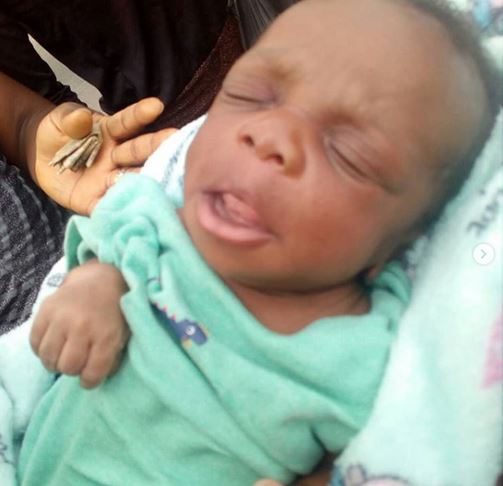 The baby
Nigerian filmmaker, Wale Ilebiyi  who witnessed the incident, told the story on Instagram and shared photos from the scene.

He wrote: "The baby here was about to be thrown inside a gully by her own mother (swipe to see the mother) in front of my office at Ile epo bus stop, after Iyana Ipaja, along the expressway, this morning at exactly 10:30, before she was apprehended and taken to Ile epo police station." 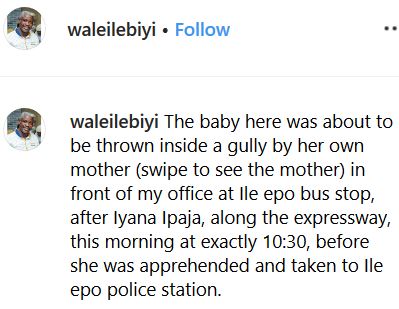