If Tacha's mother suddenly wakes up from her grave today, there is a strong possibility that she might not recognize her daughter. 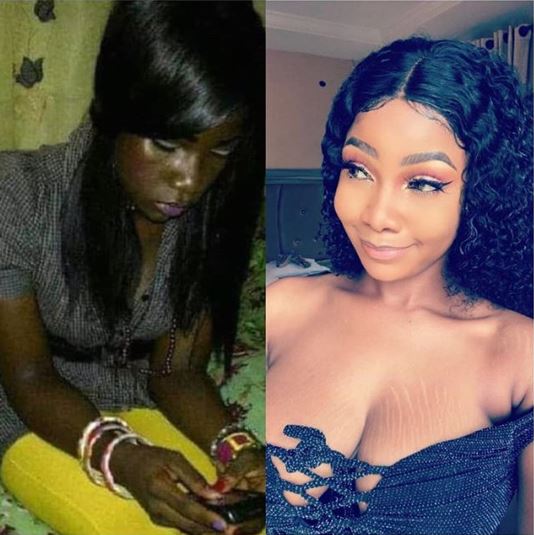 Before and now pictures of Tacha
Self-acclaimed Port Harcourt first daughter, Tacha might be the queen of colourism in Nigeria with just a few points behind Africa's first male barbie and crossdresser, Bobrisky.
There have been reasonable complains since she joined entered the Big Brother Naija reality show of how much she has transformed her skin from black to 'white' .
Her critics have been digging out her old photos in which she was quite dark-skinned unlike now that she is light.
Social media users have been using the pictures above to raise awareness about the challenge of skin bleaching which is a major trend among Nigerian women.
Top Stories