Burna Boy has been trending on Twitter since Thursday following the buildup to and release of his new album, 'African Giant'. 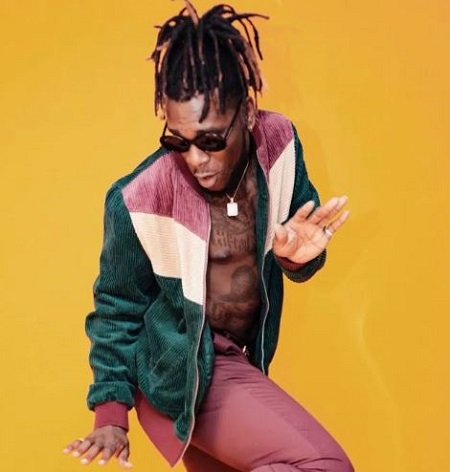 Popular singer, Burna Boy recently caused a stir after unveiling the powerful album tracklist for his forthcoming album “African Giant”. The BET Award winner shared a post on social media in which he announced that he will soon be releasing an album titled African Giant.

One of the songs on the album is said to feature Damian Marley, a Jamaican reggae artist, who happens to be the son of the popular late Bob Marley. The Nigerian singer also featured Angelique Kidjo in the track.

The album consists of already released tracks such as “Gbona”,” “On The Low,” “Anybody,” “Dangote,” “Killin Dem” Ft Zlatan and his latest single “Pull Up”. Thirteen new songs were added to the already released six which have the contribution of guest artistes.  American rapper, Future, Veteran Benin songstress, Angelique Kidjo as well as late Bob Marley’s son; Darmian Marley alongside some other artists who featured on the album. 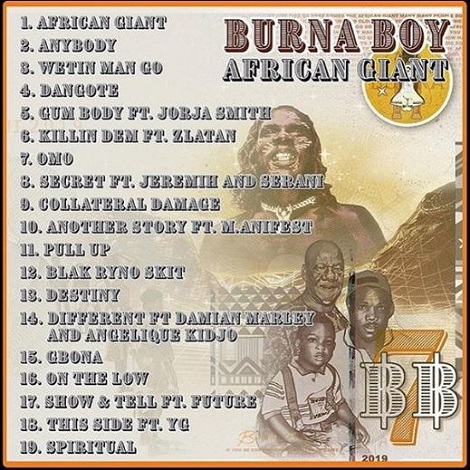 4 Herdsmen Killed In Kogi, Their Bodies Dumped In Ofu River In Retaliatory Attack