Luck has ran out on two thieves after they were caught stealing from commuters in Lagos. 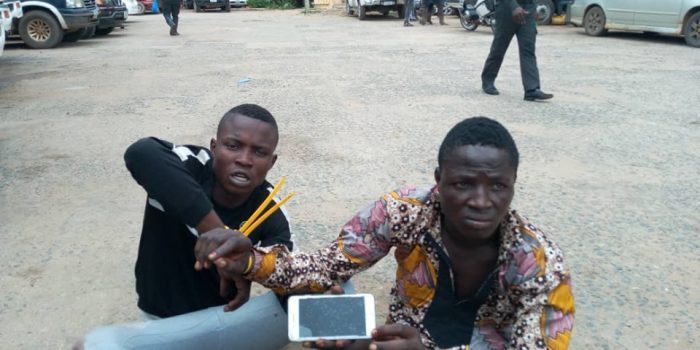 The suspects after they were caught
Operatives of the Rapid Response Squad, RRS, have apprehended two suspected phone thieves in Maryland area of Lagos.
According to information gathered, the suspects were apprehended around 12:05pm on Friday while they were snatching iphone from a passer-by.
The suspects have been transferred to Ikeja Police Station.
Top Stories