Okorocha In Fresh Trouble As Land Owners Plan To Eject Him


Former Imo State governor, Rochas Okorocha may be in fresh trouble as land owners reportedly plan to eject him. 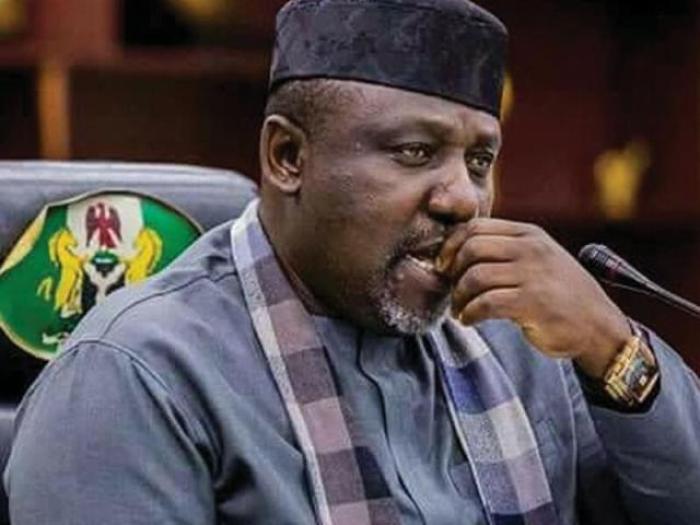 The former Governor of Imo State Senator Rochas Okorocha appears to be in fresh trouble, following plans to issue him a quit notice to vacate his present private residence in Owerri by the people of Ihitte Mbieri in Mbaitoli Local Government Area of Imo State.

Senator Okorocha whose private estates in Owerri were recently sealed by the Economic and Financial Crime Commission (EFCC) was said to have acquired his expansive private residence in Owerri from Spibath Construction Company before he became governor of Imo State.

He said that the administration of the former governor of old Imo State under the watch of Chief Samuel Onunaka Mbakwe leased the controversial land to Spibath and according to Ahanaotu the land reverted back to the owners immediately Spibath left hence it didn’t serve the purpose to which the land was leased.

He vowed to mobilise all members of his community and head to Government House Owerri and Imo State House of Assembly to protest against Okorocha’s forceful conversion of community land.

“Our properties have been forcefully converted by some individuals. Lands occupied by Spibath, Shell Camp, Alvan Ikeokwu Federal College of Education belong to us. The have all been taken away by force and without compensation.

“As far as we are concerned, the history of Spibath land is known to us. The land was on lease to Spibath during Mbakwe’s administration and it has expired more than twenty years ago. Whoever that lives on that land previously owned by Spibath acquired it illegally. We will recover that land from Okorocha. He cannot take people’s property by force. We have the agreement papers between government of Imo State and the community.

“Spibath came to our community and promised to build roads, build schools and train our children, but unfortunately their company collapsed and they decided to leave with all their equipment before time. We are now prepared to regain our land.”
***
Source: Independent
Top Stories