Nigerians have since taken to Twitter to share their opinions with some pleading with Big Brother not to give Mercy a strike as she was defending herself. 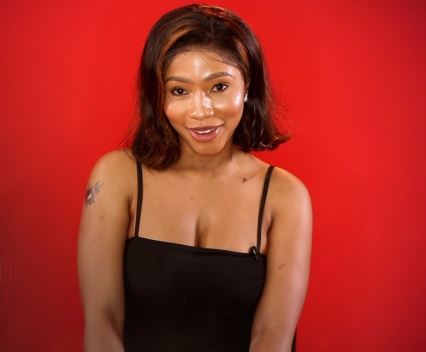 News Agency of Nigeria (NAN) reports that some of the housemates were tipsy after the party, including Diane.

Trouble started when Gedoni made a video of drunk Diane and Mercy repeatedly asked him to stop filming as she as tipsy.

Gedoni, however went on to film and dared Mercy to break the phone if she did not want the video which she did.

Following the altercation, Mercy was seen talking to her romantic pair, Ike and expressing her fear of getting evicted because of the fight.

While Ike tried to make her relax, insisting that she would only get a strike, Gedoni told the other housemates that he did not see Mercy as a competition.

Nigerians have since taken to Twitter to share their opinions with some pleading with Big Brother not to give Mercy a strike as she was defending herself.

@ChiadiNelson tweeted, “Biggie right now thinking on who to punish for the smashed Phone!

“Gedoni? Mercy? Diane that got drunk, or should I just free them, cos they making me more money.”

@Kaujudez said, “Ok let me say this, Gedoni recording a drunk girl against her will is dodgy.

“Mercy asks him to delete it, he refuses and she threatens to break the phone. He hands it over to her and it gets smashed. He now goes ahead to be abusing her n forming saint? Dude is bad #BBNaiija”

@Kleanboy15 said, “If the object in question was a knife & it was handed over to her during argument, will she stab herself? Let’s be reasonable please.

“Mercy is one of the housemates I like but she totally lost it. That phone isn’t hers for crying out loud. She doesn’t have any right to smash it.”

@Bobmanuellizzy tweeted, “He shouldn’t have handled her the phone and his reasons for that are wack…. ‘coz she dared me and the phone is not mine ‘.

“And raining insults on her and calling her names is a very shallow thing for a guy who claims and tends to be quite. Gedoni come and be going.”

Meanwhile, housemates were a lot freer during the party with DJ Kaywise at the turntable. This comes after host, Ebuka Obi-Uchendu told them to enjoy themselves at the party.

NAN reports that all the housemates are up for eviction and at least one party might go home on Sunday. (NAN)
Top Stories