What We Are Doing About Siasia Mother's Abduction - Police 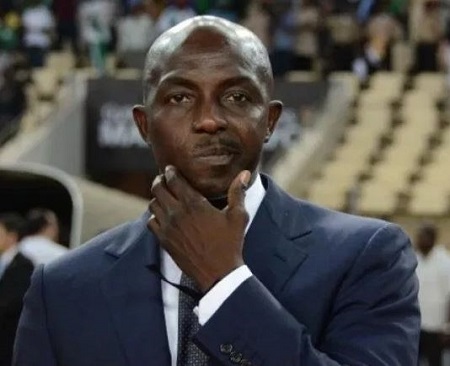 Samson Siasia
The Police Command in Bayelsa has said that its personnel are working round the clock to ensure that the kidnapped mother of Samson Siasia, Nigeria’s former Super Eagles footballer is rescued from her captors.

SP Asinim Butswat, the spokesperson of the command made this known in a text message with the News Agency of Nigeria (NAN) in Yenagoa on Sunday.

NAN reports that Mrs Beauty Siasia, who was kidnapped on July 15 with two others in Odoni community, Sagbama Local Government Area of Bayelsa, have spent 14 days in the kidnappers’ den.

According to the police spokesman, the command is on top of the game, stressing that investigation is on-going to enable the victims regain freedom.

“Yes, investigation is on-going to rescue the victims,” he stated.

Recall that the state Commissioner of Police, Uche Anozia, had visited the scene twice and had deployed marine components of the force to comb the creeks of the area in search of the abducted victims.
Top Stories