Commenting on the release of their fellow students, two undergraduates of the university, who preferred anonymity, berated the anti-graft body for the way their mates were apprehended. 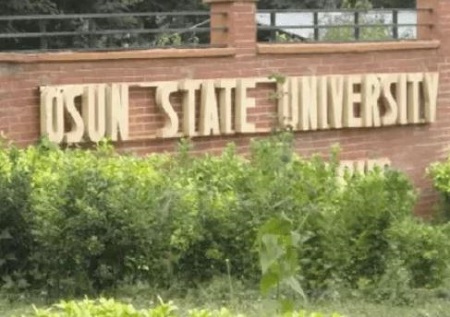 Twenty-one students of the Osun State University, who were arrested by the operatives of the Economic and Financial Crimes Commission last Thursday, have been released.

The arrest of the students in their various hostels in the Oke Baale area of Osogbo by a team from the Ibadan zonal office of the anti-graft agency led to a protest by fellow students, who blocked the Osogbo/Ibokun Road and set up bonfires.

They were later dispersed by men of the Osun State Police Command, who removed the items used to block the road.

Security sources told our correspondent on Sunday that the students were released after they were profiled by the EFCC operatives in Ibadan.

One of the sources added that the social media accounts of the students as well as their phones and other gadgets were checked and were found not to be involved in Internet fraud.

It was also learnt that an employee of the institution, whose identity was not made public, who was arrested for filming how the students were being arrested, had also been released.

Speaking with our correspondent on Sunday, the Deputy Vice-Chancellor, Administration and Development, UniOsun, Prof. Janet Olaitan, confirmed the release of the students.

“So far, so good; all the 21 students arrested have been released,” she stated.

Commenting on the release of their fellow students, two undergraduates of the university, who preferred anonymity, berated the anti-graft body for the way their mates were apprehended.

They claimed that the affected students were arrested without any tangible evidence linking them to Internet fraud as alleged by the EFCC, adding that releasing them without pressing charges was a confirmation of the allegation of incessant harassment of students by security operatives.

They however, called for synergy between the university’s management and security operatives to fish out those students engaging in criminal activities.
Top Stories