Shocking photos have emerged showing the sad effects of heroin and cocaine addiction on a woman. 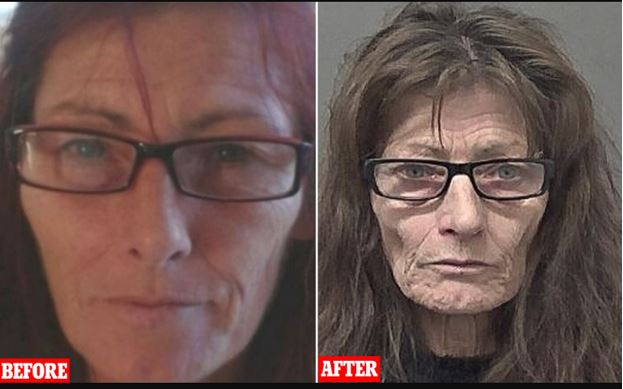 With fractured lines etched into her face and cheeks chiselled to the bone, this is the face of a woman showing the harrowing extent of substance misuse.

Lynley Graham's weak and frail figure bears the brunt of years of drug abuse and addiction.

The custody picture was released by Humberside Police as Graham was jailed for 18-months for drug offences.
Graham was arrested after tip-offs from the public in the seaside town of Withernsea.

Her behaviour was so bad, many neighbours were forced to move away from the area.

She was found in possession of class A drugs including heroin and cocaine and was subsequently charged with possessing a class A drug with intent to supply.

On Humberside Police's Facebook page, users were quick to point out the toll the abuse had taken on her appearance.
Christine Storey said: 'I'm 64, I look young compared to her. Is she a lesson, perhaps, in what substance abuse can do to your skin?'

Chloe Smith said: 'She may need help but this is a photo you should show to teenage drug users to try and deter them from drug use as she looks 80 so shows just what drugs do to you.'

And Pat Beischer said: 'Linley was a lovely girl when she was younger just shows you what drugs can do.' 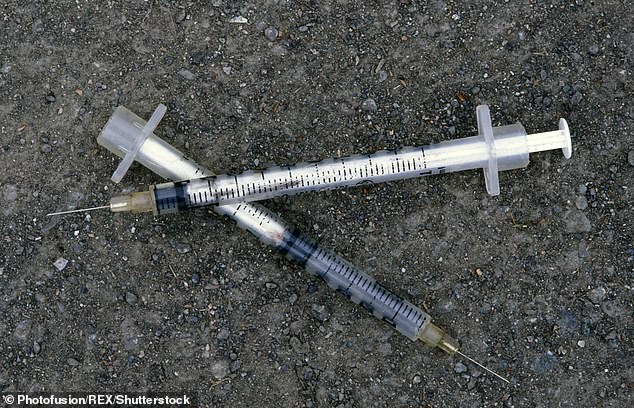 Drug addiction and misuse has the capacity to rip apart families, ruin lives and has contributed to over 3,756 UK deaths in 2017.
Constant drug taking can lead to abscesses, teeth decay - or 'meth mouth' as it's commonly known - and premature ageing of the skin, often adding decades to someone's appearance.

Perhaps one of the most concerning and startling impacts from the consumption of Class A drugs is the skeletal-like features.

Drugs affect almost every system in the body, and the blood-shot eyes, dilated pupils, puffy faces and discoloured skin are all noticeable signs of drug misuse. It can be a steep and rapid change, too, with faces and figures ravaged within just a couple of years in some instances.
Heavy methamphetamine users can develop dull skin and self-inflicted wounds caused by users picking at their faces and bodies to relieve the sensation of insects crawling under their skin.

The skeletal appearance is often as a result of a suppression of appetite, largely because meals aren't consumed regularly.

Cocaine can lead to chronic skin ulcers, pus-filled skin and the development of Buerger's disease, an inflammation in small and medium-sized blood vessels.