The Frenchman says he has now set his sights on a career in coaching after deciding to hang up his boots. 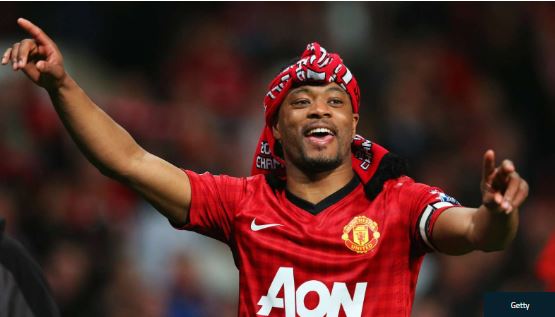 Patrice Evra
Former Manchester United and Juventus defender Patrice Evra has announced his retirement from football.
The 38-year-old also played for Monaco, Nice and Marseille during a glittering 20-year playing career, which ended with a short spell at West Ham in 2018.
The defender won 21 major honours throughout his career as well as earning 81 caps for France.
Evra has revealed that he has already started preparations to become a coach and says he has the backing of legendary United manager Sir Alex Ferguson.
"My playing career is officially over," he told Gazzetta dello Sport. "I started training for the UEFA B Coaching License in 2013, now I want to finish it and then go on to get the UEFA A license.
"In a year and a half, if everything goes well, I'll be ready to lead a team. Sir Alex Ferguson had predicted at the time that two of his players would become coaches of a high level: Ryan Giggs and Patrice Evra."
Evra started his career with Italian sides Marsala and Monza before six seasons in France with Nice and Monaco. His form at the latter attracted the interest of Ferguson, who brought him to Old Trafford in January 2006.
He went on to develop into one of Europe's best left-backs and enjoyed seven-and-a-half fruitful years with the club, winning five Premier League titles, three EFL Cups and the 2007-08 Champions League.
Evra left the Red Devils for Juventus in 2014 and won two Serie A titles before returning to France with Marseille. But Evra's time there ended in controversy after he kicked one of his side's supporters during the warm-up of a Europa League tie against Vitoria de Guimaraes in November 2017.
He was subsequently banned by UEFA for seven months, returning to the Premier League to make five appearances for West Ham during the closing months of the 2017-18 season.
Evra made his senior debut for France in August 2004 and went on to appear at five major tournaments for Les Bleus including the 2016 European Championships on home soil.
In recent years Evra has also become famous for his exploits on social media, which included putting the leg of a raw chicken in his mouth during an Instagram video meant as a Thanksgiving message.
Top Stories

Update: Soldier Who Pleaded With His Colleagues Not To Shoot At #EndSARS Protesters Arrested

#EndSARS: Dino Melaye Cries Out Over Shooting Of Protesters In Lekki