Some Kenyans were in high spirits after a man who shares a striking resemblance with Jesus Christ visited their country. 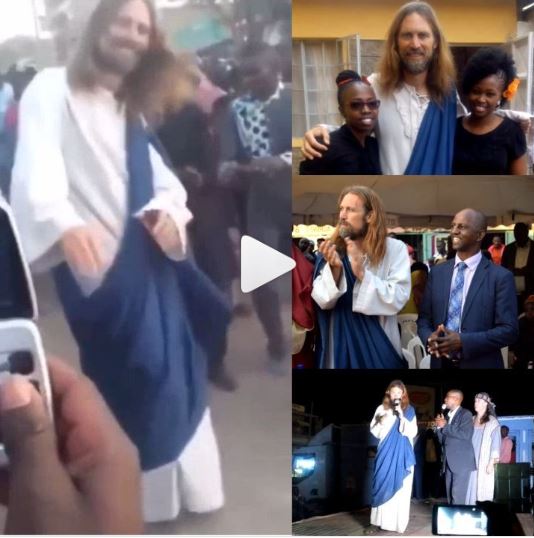 The images of 'Jesus Christ' with the locals
A video from far East Africa showed a man dressed like the 'Jesus' we see in Christian movies walking down the street.
According to rumours, he came from heaven and attended a church service with a popular religious cleric who showed him off to his members.
The person touted to be a celestial body dressed in a Jewish robe and rocked the sandals obtainable in the days of old.
He seemed excited as he walked on the streets of Kenya singing an indigenous song and dancing simultaneously. The locals were thrown into hysteria as they recorded him with their phones.
Watch the video below: