The touching and sad story how a pastor was reportedly beheaded by Boko Haram leader, Mohammed Yusuf 10 years ago has been told. 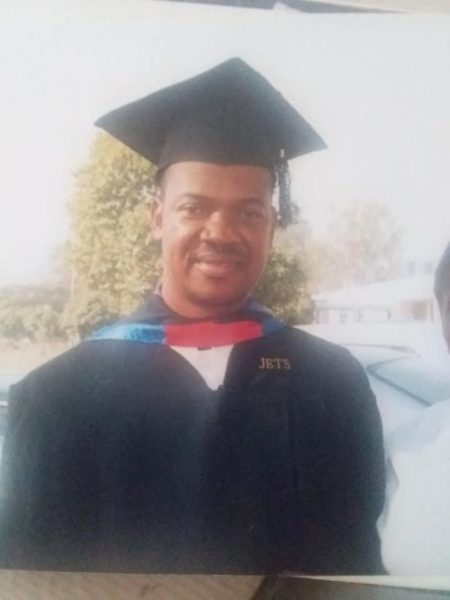 Pastor George Ojih
Nigerian Lawyer, Emmanuel Ogebe has shared the touching story of Pastor George Ojih, who was beheaded by Boko Haram leader, Mohammed Yusuf 10 years ago.
In addition, he shares the survival story of Ojih’s widow and children, how they got help from Pan Nigeria samaritans.
He wrote:
"I had heard of this widow for years. I heard she and her kids had moved to Lagos after the horrific incident. I finally tracked her down.
She told me about her charismatic and studious husband who came back to Maiduguri for the weekend from bible school to visit his family. She remembers wistfully the sermon he preached at his church that weekend encouraging all to be firm till the end. As if he knew…
Later that week, Boko Haram went on rampage. They operated freely in the city of Maiduguri where they had a mosque, a camp ground and facilities. They rampaged through the city killing Christians.
Pastor George and his family were amongst those who fled to a military barracks for safety.
Several days later when the violence subsided a bit, he went in search of an old lady – a widow from his church who wasn’t hiding in the barracks with them.
During that rescue mission, he and a deacon were captured by the terrorists and taken to their grounds.
There Mohammed Yusuf, leader of Boko Haram, addressed a group of captured Christians from his throne, “Covert to Islam or die!” Pastor George refused. Instead he urged the other Christian captives to stay strong.
Incensed, Yusuf ordered for a sword to be brought and as Pastor George continued to encourage the others, pinned him down and slit his throat in their full view. Not done, he fully decapitated him. Then, holding up his severed head, Yusuf declared to the trembling group, “this is what we do to those who refuse to accept Islam!”
A few days later, Nigerian security forces captured Yusuf and he died in custody. His cup was full. He had defied the God of heaven for too long and shed too much innocent blood… 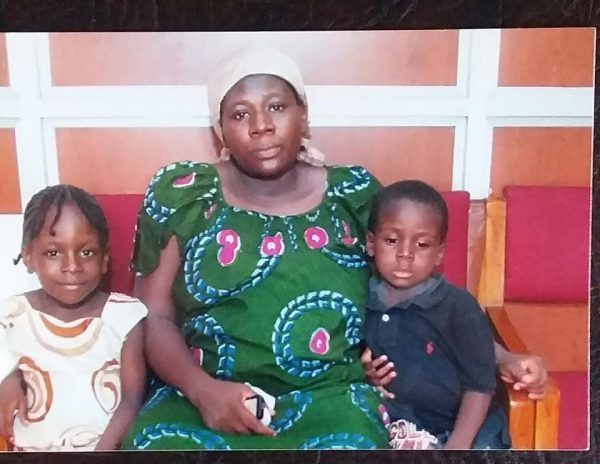 Late Ojih's wife and children
Some of the rescued captives who compromised after his beheading came and told her about her husband’s final, defiant moments…
She is probably one of Nigeria’s longest widow’s from Boko Haram terrorism going back to their July 2009 uprising, 10 years ago this week.
I asked her if she had received compensation from Borno state government as I heard some was being offered. She said, the state government claims they are only paying compensation for people killed during their tenure. Hers was before so they didn’t pay.
I was sickened. How could a nation fail to protect its citizens and then fail to comfort them?
Then she told me about Banjo.
A prominent pastor in Warri and another one in Lagos helped relocate her and her two kids from Borno to the south. She was pregnant then and had her third child there.
A man named Banjo got in touch with her and promised to pay for her kids’ school. This is very costly in one of the world’s most expensive metropolitan megacities.
Every once in a while Banjo would call and ask about the kids’ results. One year, she read the grades to him. Banjo said, “let me call you back.”

Sometime later, he phoned. “I have discussed this with my bible study group. Your son’s grades are not great. We need to move him to a better school. We will pay for the new school.”
It is one thing to be a one-off or cash-and-go philanthropist. It is a whole other thing to be a caring, consistent humanitarian. He paid the fees but he cared about the kid’s performance. In that wise, Banjo was doing what George himself would have done. George must be smiling from heaven…(the body works!)
I marvel at this man whom she tells me she has never met. Yes. He has never shown up to claim credit or glory for his charity. He is leaving it all up to His Rewarder. He is from the southwest, she is from north central and the pastor who relocated her is from the south south. They have no bond, no connection than the love of God. Ironically I found out during our interview that she was from my place…
This is why I believe in Nigeria but I believe in Nigerians more. We have been our own government when there was no governance. We can be our own ministers when there are none. We have proven time and again, that we can survive without them and inspite of them."
Top Stories