Security operatives have busted a Nigerian running a drug cartel right from his prison cell. 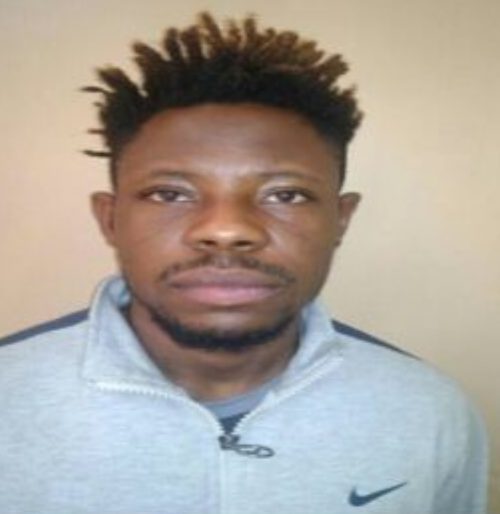 Victor
A Nigerian jailed in India has been busted for running an interstate drug racket from inside the Kapurthala Prison in Punjab.
The Nigerian simply identified as Victor was busted after India’s Counter Intelligence Wing Jalandhar arrested two smugglers with links to him, both the Times of India and tehelka.com reported.
The cops recovered one kilogram of heroin from the smugglers identified as Gurvinder Singh of village Noorpur Hakima in Moga district and his associate Ranjit Singh of Mehatpur in Jalandhar district.
AIG Counter Intelligence, Jalandhar, chief Harkamalpreet Singh Khakh said that they received a tip off that Gurvinder Singh, who has links with Nigerian Delhi-based smugglers, was smuggling a big Heroin consignment in a Tata Sumo along with his associate Ranjit Singh.
“Preliminary investigation of the arrested accused revealed that both were involved in drug smuggling from the past few years. They are already facing cases and were lodged in jails for these cases”, said the AIG.
In jails, they met Nigerian Delhi-based smugglers before contacting Victor, in Kapurthala jail via mobile phone and started trafficking Heroin from Delhi to Punjab, at his behest.
The arrested smugglers had never met Victor before and were not in Kaputharla Prison with him. They linked up by phone, reports said.
Victor was arrested in March this year with 2.5kg of heroin
Harkamalpreet Singh Khakh said a separate case has been registered against Victor under The Prisons Act, 1894 as two mobile phones and one SIM card were also recovered from him.
A case under Narcotic Drugs and Psychotropic Substances Act, 1985 has been registered against the arrested smugglers at Sultanpur Lodhi Police station.
Gurwinder had come out of jail on bail in April this year, and his associate Ranjit got bail in December 2018.
Top Stories