BBNaija 2019: Diane Removes Her Panties Before Other Housemates, Takes On Seyi's Nipples (Videos


Diane, Seyi, Omashola and others have entertained viewers after participating in the truth or dare game yesterday. 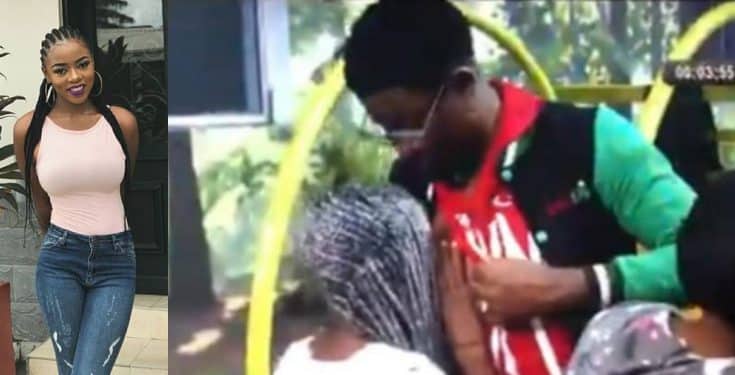 Diane sucking Seyi's nipple
BBNaija 'pepper dem' is getting really hot as housemates have started opening up with each other.
The latest episode of fun came during the truth or dare challenge as Diane got her pants removed by Jackye following the introduction of new housemates Venita Akpofure and Elozonam yesterday.
Also, Omashola got a taste of Venita after he got a ‘dare’ challenge to kiss her which he did willingly though with little protest from the mother of two. 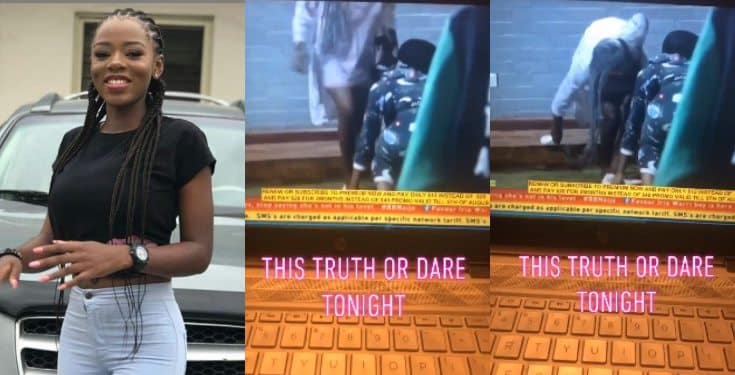 Also, Diane sucked Seyi’s nipple after other housemates dared her too.
Seyi actually walked all the way from his seat to meet her with his jacket open and Diane did not even hesitate as she sucked on the nipple.
When she was done, she took her mouth off and Seyi walked away with his jacket still open.
Watch videos below: