A petrol tanker has gone up in flames in a community in Gombe state, causing serious commotion in the area. 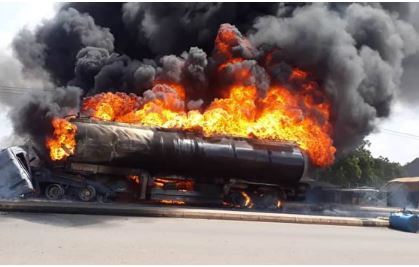 Scene of the incident
According to Vanguard, a petrol tanker has, Wednesday, exploded in Gombe State.

Details are still sketchy as no casualties have yet been ascertained.

Firefighters have arrived the scene to contain the fire. 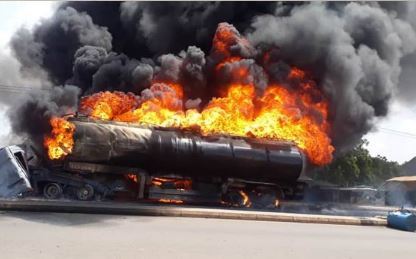 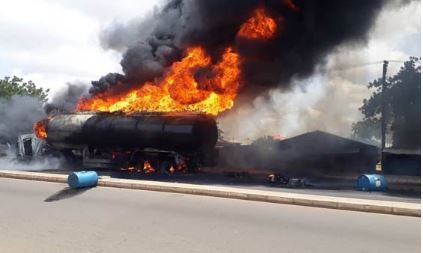 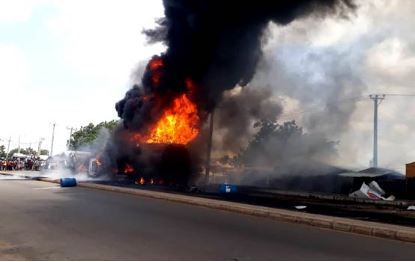