Cardi B Cancels Indianapolis Concert After Police Warned Her Of Threats


Confirming the cancellation via Twitter, Indianapolis Metropolitan Police Department said it cited an unverified threat to the artist. 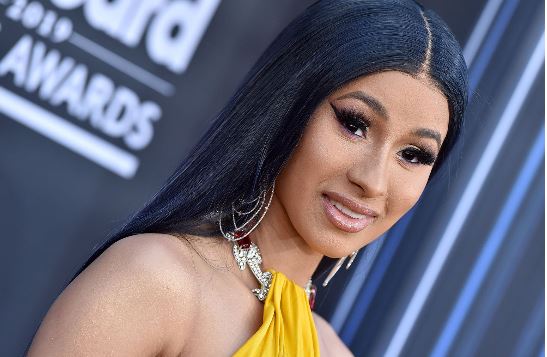 Cardi B
US rapper, Cardi B has cancelled a concert in Indianapolis on Tuesday due to security threat.
Confirming the cancellation via Twitter, Indianapolis Metropolitan Police Department said it cited an unverified threat to the artist.
“This evening, there was a scheduled concert at Bankers Life.
“We were notified of an unverified threat to the artist and the artist cancelled this evening’s concert.
“There is no immediate threat to public safety, this not an active incident. The ongoing investigation,” the department said.
The 26-year-old rapper, however, apologized to her fans for the sudden development, assuring them that the show has been rescheduled.
“Dear Indiana I just want to let you know I was in the venue today.
“I rehearsed and started doing glam.
“Due to a security threat that is under investigation, the show was cancelled.
“My safety and your safety first.
“I want to thank the promoters we have already rescheduled the show.
“I’m so sorry guys I never dealt with a situation like this before and I’m not taking any chances.
“I love you guys,” she wrote on Instagram.
It was reported that Cardi B cancelled her concerts for Memorial Day Weekend, as a result of complications from plastic surgeries she underwent.
Top Stories