This young man has adopted a fantastic strategy of settling water on the street of Lagos and it seems to be working fine for him. 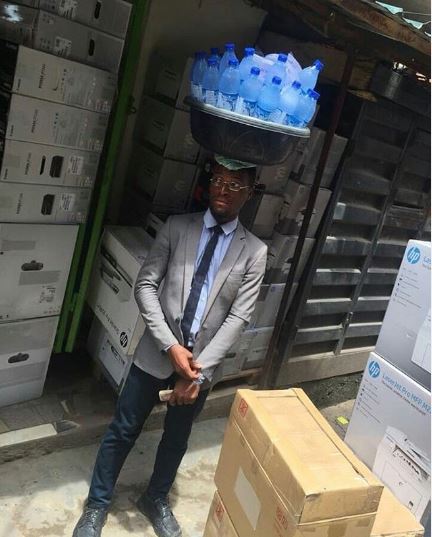 The young man
This person has been described as the most coperately dressed petty trader in the financial hub of Nigeria.
According to words on the street, his neat and nice dress sense has endeared him to the upper class people in Lagos.
He mostly rocks his suit and tie with his merchandise arranged in a bowl and loaded on his head.
He makes so much sales when the weather is hot. Unfortunately, the name of the enterprising young man and other details about his identity remain unknown.
Top Stories