In what will come across as a really shocking development, a man has stripped himself n*ked before jumping into the Osun river. 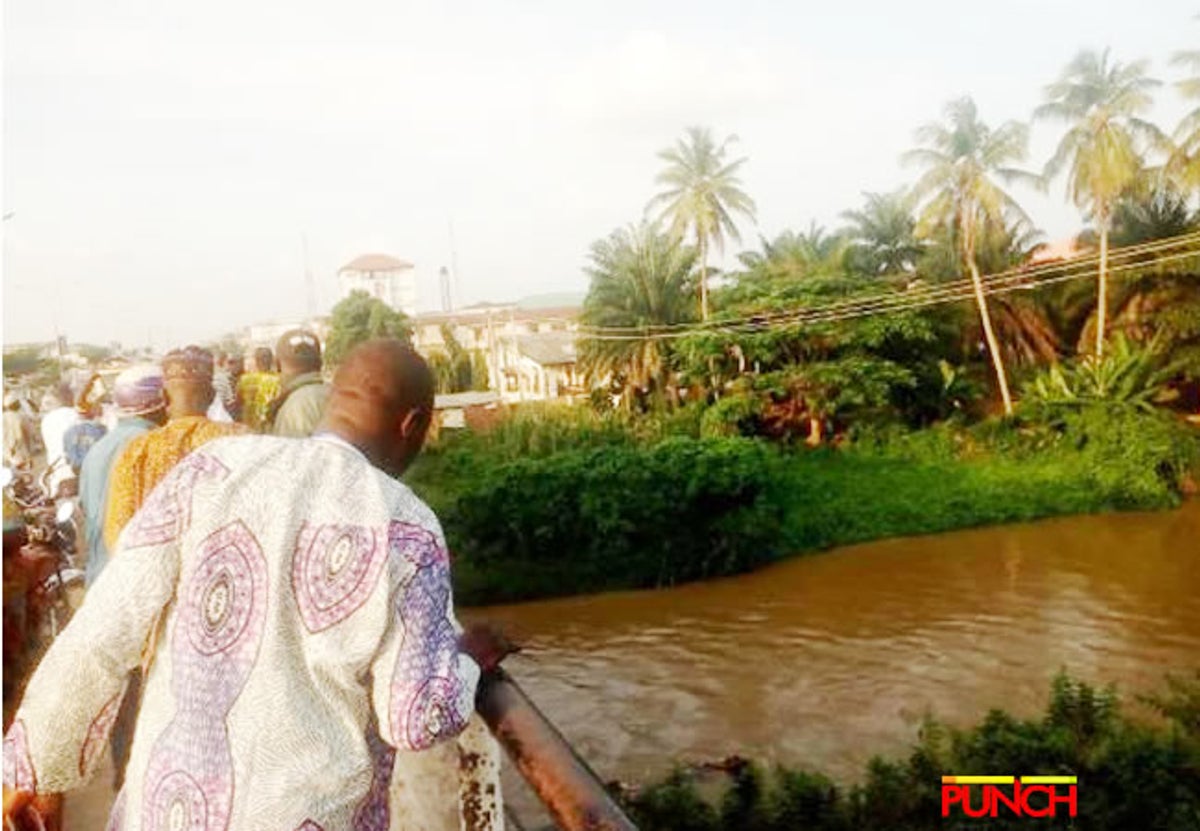 At about 6pm when our correspondent arrived at the scene, the man had not been evacuated.

Men of the Osun State Fire Service and policemen were seen controlling a crowd that was already gathering on Gbodofon Bridge, located along the Osogbo/Gbongan Road, from where the man jumped into the river.

An eyewitness, John Samuel, who claimed to have seen the man shortly before he jumped into the river, said, “I was at the other side going towards a fast-food joint called  Fingerlicking, when I saw a guy stripping himself naked on top of the bridge.

“Immediately I spotted him making an attempt to jump, I shouted, hoping that maybe that would stop him from jumping into the river. He didn’t listen to me.

“A commercial bus driver coming behind also tried to stop the man from jumping, but before he could alight from his bus, the guy had already jumped.”
Top Stories