A woman has exposed a very disturbing message she received from her teacher who is a married man. 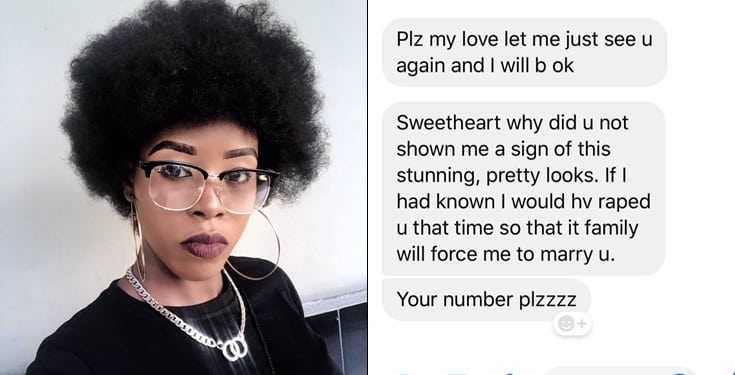 A Twitter user, @thetiffanytweet has shared a screenshot of the very inappropriate message she received from her former computer teacher and it is indeed disturbing.
The teacher, who is married with kids, saw a photo of his former student on Facebook so he sent her a message asking why she never showed him how sexy she was back when he was her teacher.
He added that if she had shown him, he would have raped her then, so that her family would have been forced to make him marry her. 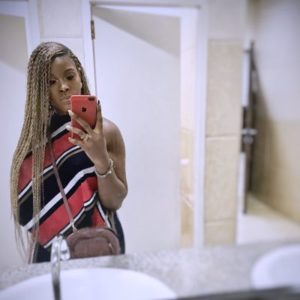 The Twitter user said she’s still trying to get over the disgusting message.
Read it below: 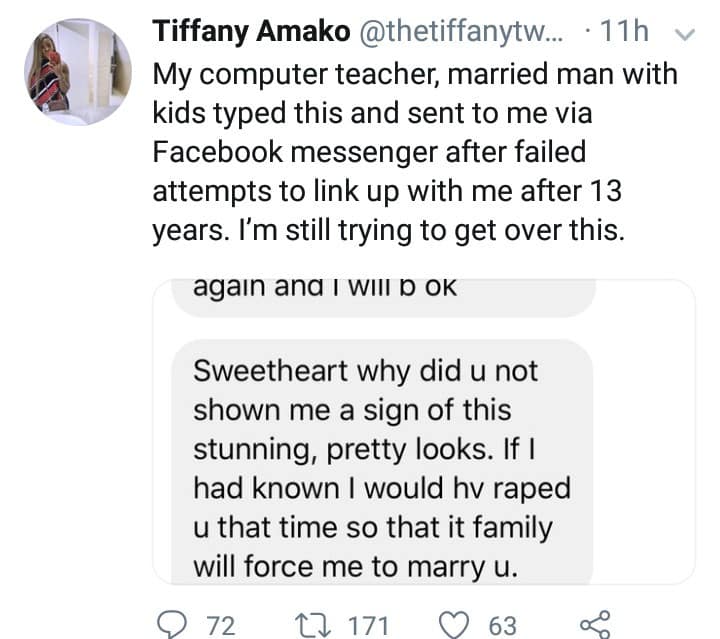 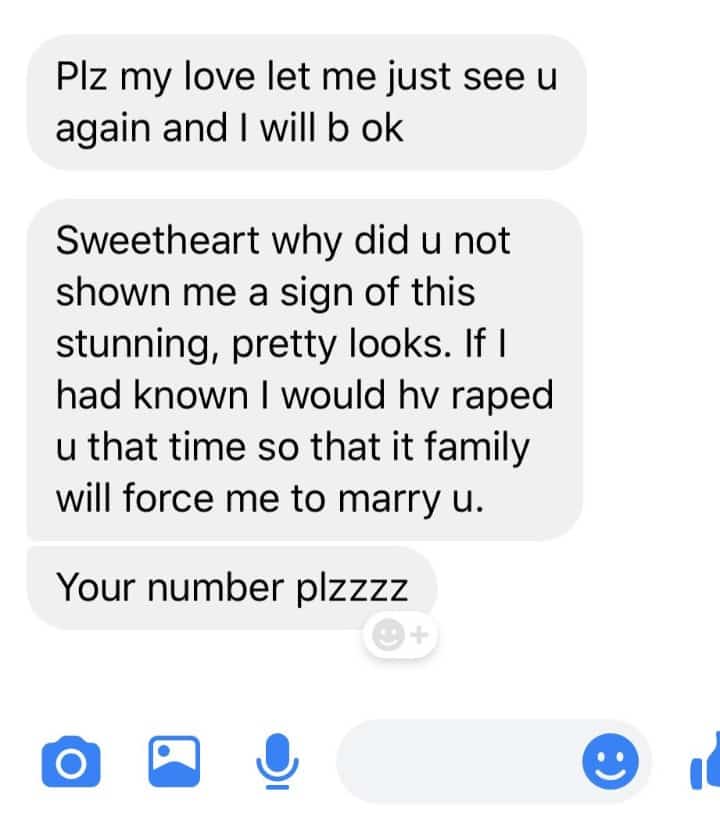