It has been revealed that a Nigerian senator who is currently under fraud probe has been named as an anti-graft panel vice-chair. 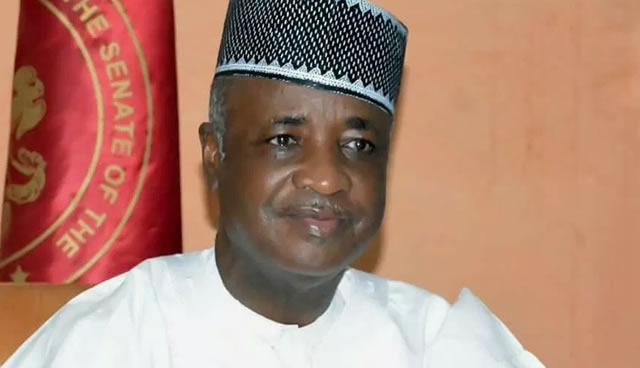 With his new role, Wammako and other members of the committee will be expected to carry out oversight functions on the EFCC.

Wammako, who was the governor of Sokoto State from 2007 to 2015, was accused of embezzling public funds.

In an EFCC factsheet published last year by many media houses, the EFCC said at least N1.7bn had been traced to the personal account of the ex-governor.

The fact sheet read in part, “Several petitions were received against Wammako for alleged theft and laundering of state funds amounting to N15bn.

“One of the petitions came from the Movement for the Liberation and Emancipation of Sokoto State signed by the Chairman of the group, M. D. Sirajo Saidu and Secretary, Mudasiru Umar Alasan. The petition was dated August 10, 2015.

“The EFCC in the last three years took time to look into some of the petitions and verified a few facts. Investigation so far has traced N1.5bn to the personal account of Wammako which was deposited by individuals (suspected to be staff of the Government House, Sokoto) who have yet to be traced.”

Wammako, who led President Muhammadu Buhari’s campaign in Sokoto State, will be expected to inspect EFCC projects, scrutinise budgets and make recommendations to the Senate by virtue of his new position.

When contacted on the telephone on Wednesday for an update on Wammako’s probe, the spokesman for the EFCC, Mr Tony Orilade, said he would find out and asked for 24 hours to respond.

When contacted on Thursday, Orilade asked one of our correspondents to come to his office.

But the Executive Chairman, Centre for Anti-Corruption and Open Leadership, Mr Debo Adeniran, said the war against corruption might have ended with the development.

He said although the Senate had the prerogative to appoint its leaders, CACOL would protest the nomination of Wammako and call attention to the case against him.

“Even within the Senate, we have a preponderance of members who have long charges of corruption hanging on their head.

“The EFCC and ICPC will not have their independence because the National Assembly and the cabinet members will join hands to frustrate efforts to fight corruption to a standstill.”

The PUNCH reports that over 11 senators are either under EFCC probe or prosecution.

Senator Danjuma Goje was also facing prosecution but the charges against him were mysteriously dropped by the Federal Government following a meeting he held with the President during the campaign for presiding officers of the National Assembly.
Source: The PUNCH
Top Stories