A man has been nabbed and sent to jail after he was found out to have infected as many as three women with HIV. 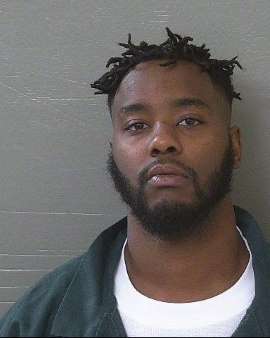 Rasheem Ikey Bodiford, 27, of Pensacola was sentenced Friday to 10 years in state prison, followed by five years of probation, for three felony counts of having s*x with another person without notifying that person that he had HIV, according to a news release by State Attorney Bill Eddins.

A penalty procedure hearing was held April 10 to determine whether Bodiford should be considered a danger to the public. Eddins noted it was the first time a penalty procedure hearing to determine the danger level of such offenses had ever been held in Escambia County and one of the first of its kind in Florida.
"Under the current Florida criminal punishment score sheet for these three counts of having s*x with another person without notifying that person that he has HIV, Bodiford did not score in the range that allowed him to receive state prison as a punishment," Eddins said in the news release.

"Since Bodiford did not score permissive state prison, the only way for Bodiford to receive a sentence of state prison was for the state to put the question of Bodiford’s dangerousness to the public before a jury.”

An Escambia County jury found that Bodiford was indeed a danger to the public, and he faced a maximum sentence of 15 years in prison.

According to his arrest report, Bodiford had s*x with the two women from September 2016 to October 2017 and lied about his condition to one of the women.
In June 2017, a woman informed law enforcement that she had tested positive for HIV and her last sexual partner had been Bodiford, the report stated.

She told investigators that when she had seen Bodiford in possession of medication used to treat HIV and questioned him about it, he told her that he was selling the drug for his uncle.

Bodiford later told investigators that he had known about his HIV positive status since September 2016, according to arresting documents.
Top Stories