'No One Can Force Me To Get Married' - Don Jazzy


Nigerian musician and producer, Don Jazzy has stated clearly that no amount of pressure will force him to get married when he's not ready. 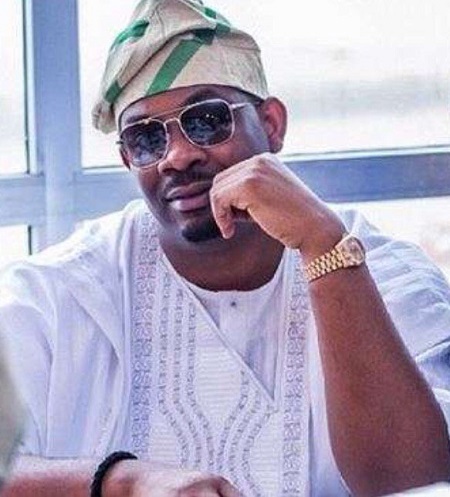 Don Jazzy
Nigerian record producer and singer, Don Jazzy has stressed that he cannot be forced into marriage by anyone.
The 36-year-old record producer, who is constantly disturbed by his followers and loved ones to get married, took to Instagram to make this statement.
He said this while replying to DJ Bign, Mavin Records official DJ,  who asked him to find a wife for himself.
Don Jazzy responded: “haq haq haq. No one can force the Don to get married. No one can force me to get married”
Recall that Don Jazzy who has kept his private life away from the preying eyes of the media has subtly joked about being in a relationship with an unidentified lady named ‘Onome’.
However, Don Jazzy told the press during an interview session why he might not get married.
In his words, “I have absolutely no idea”.
On having a child outside wedlock, the Mavin Records boss revealed “I don’t know if I have a child somewhere. Someone might come to say I have a 9 year old boy and we do a test and it is mine.”
“If I have a child before wedding, then I won’t get married anymore because there is no point,” he added.
Top Stories