Three young men have lost their lives after being attacked by a rival cult group in Anambra. 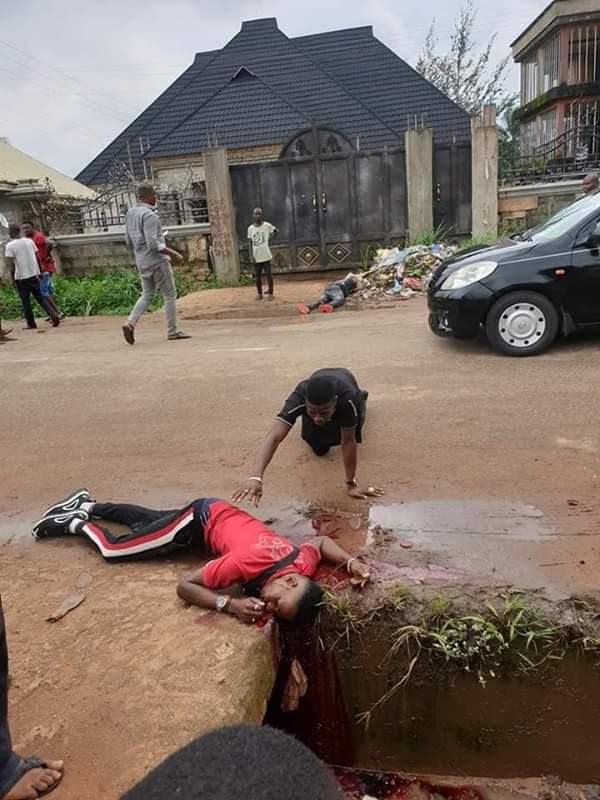 One of the victims
There was serious pandemonium in Oye Ogidi area of Anambra state after three men were brutally killed by rival cultists.
It was gathered that the men were accosted by the rivals while on their way to an event. However, the three young men alleged to belong to another cult group were overpowered and killed.
Their bodies were left on the road for people to see.
See more photos: 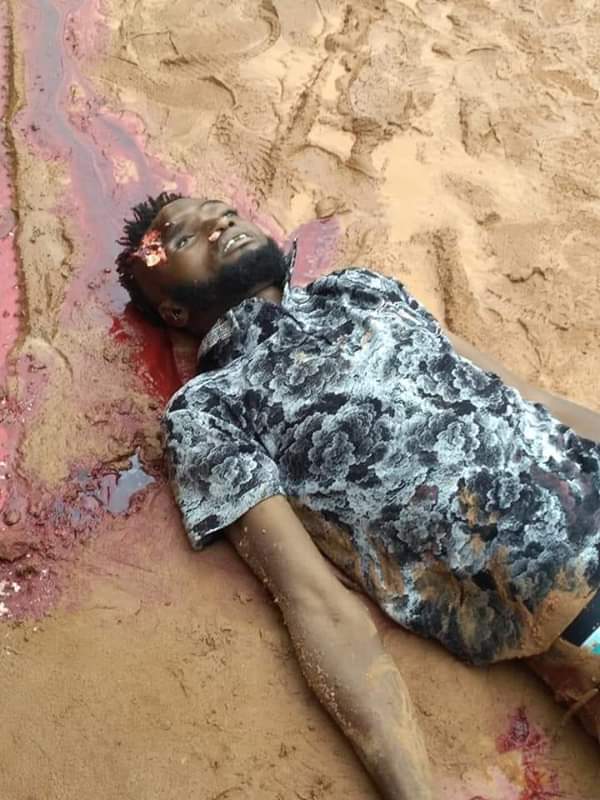 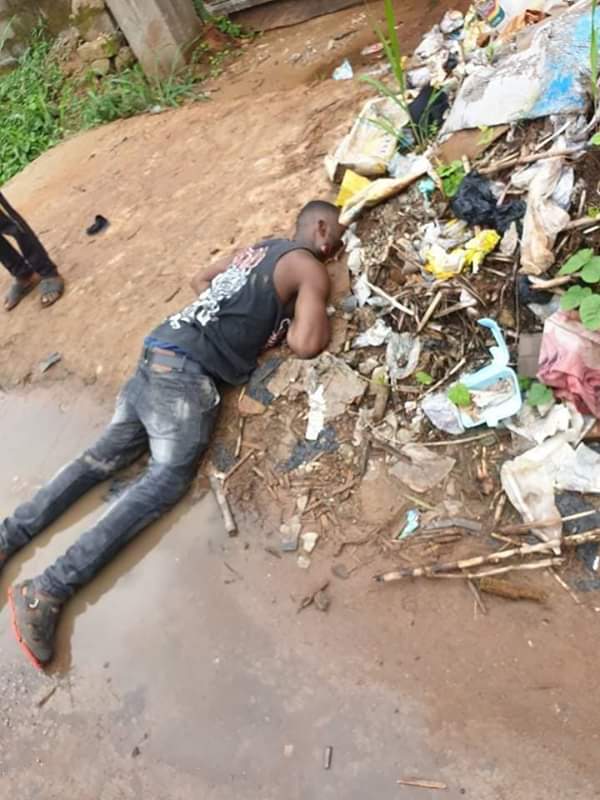 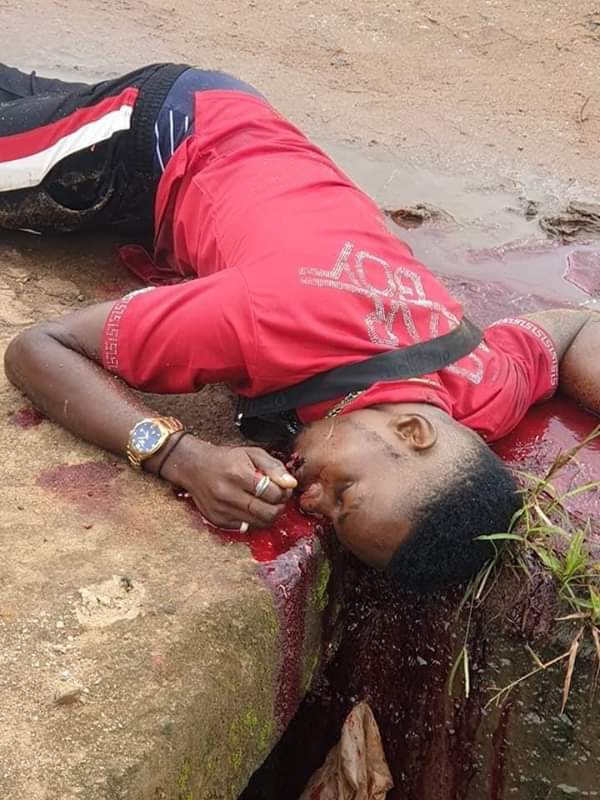