Gringori's Son, Who Was Kidnapped Alongside RCCG Pastor, Narrates His Ordeal


The son of the popular late comedian, Gringori who was also kidnapped alongside the RCCG pastor, has narrated his ordeal. 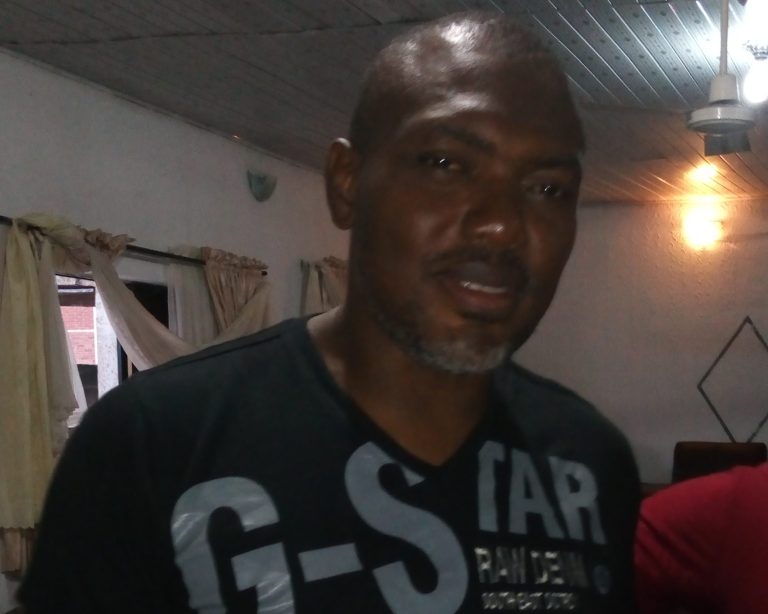 According to Premium Times, the police have identified the son of the late comedian, James Iroha, popularly called, Giringori, as one of five persons kidnapped along Sagamu-Benin-Ore Expressway last week.

The victims included a magistrate and a deaconess of the Redeemed Christian Church of God and two others, who were rescued by the Ogun State Police Command on Saturday.

Narrating their experience at the police officers mess in Abeokuta on Saturday, Mr Iroha said they were made to walk some 30 kilometers into the forest.

He said their captors said they were kidnapped to pay for the bullets expended on a high profile target who eventually escaped.

Mr Iroha said their abductors humiliated and tortured them with any available object they could lay their hands on.

He said he had no doubt their attackers were “Fulani herdsmen”, judging from their spoken language and appearance.

Mr Iroha said they were not given food or water throughout the three days of their stay in both creeks and land, adding that respite came when a police surveillance helicopter hovered over the area where they were kept.

He said the kidnappers became uncomfortable with the development, and had no choice than to abandon them and and flee.

He commended the police, local vigilante group and hunters for pressure mounted on the kidnappers.

“Well it’s an experience I wouldn’t wish my enemy because it looks nice for me to stand before you, you needed to see me when I got rescued, I was manhandled, I was roughed, I was tortured name it,” he said.

“It’s horrible where this country is driving at. This gentlemen shot for like one hour on the road unit policemen and they ran away and they took us inside a forest till this morning.

“I want to use this opportunity to thank the police because the pressure they gave them led us released. If there was no pressure they would have had a field day. Why am I saying this because where we were held, we were put in a slum; we slept in a slum with insects and reptiles; we moved like 30 kilometers inside the jungle where nobody has treaded, they were comfortable there, they have very dangerous weapons.

“They have different ammunitions but the moment we see police helicopter that descended above our head, the kidnappers took to their heels and started being panicky, they knew that some people were on their trail. I also want to appreciate the local hunters, they were always coming out, we used to see them, there are some areas they couldn’t get to because they thought people can’t be there but that was where we were.

“Well from the looks, there are somethings I can’t say because it’s a bit sensitive because the police are on the matter now for the sake of not destroying the evidence. From the language they spoke they are pure Fulani herdsmen no doubt about it, I wouldn’t want to go further than that.

“They don’t know me, I don’t know them either, I was in a bus, infact they told us that they don’t have business with us, but the car they were shooting at drove away with bullet. The guy managed to go with two tyres and they turned back and descended on us, they picked us randomly, we never knew them from Adam, they just said their bullets will not go away they needed someone to pay for it and they took us.”

The police commissioner in Ogun State, Bashir Makama, while speaking with journalists said four suspects were already arrested in connection with the crime, explaining that contrary to the report that the victims were all pastors of the Redeemed Christian Church of God, only one, a deaconess, is a member of the Church.

“You will recall we had a situation where five persons were kidnapped precisely on 1st of August at about 3:30 along Shagamu -Ore, Ogun State that is around Ogbere to be precise. Four male and one female were taken into captivity by kidnappers who stopped them on the highway and diverted or took them into the forest, the search commenced that same day. There were massive deployment of policemen into the area and search commenced right into the forest.

“It didn’t work out first day, yesterday was another day, again the search continued. All the deployment we had were massively supported by the local vigilante and the local hunters, the helicopter didn’t stop its work; we still have air surveillance that was massively and thoroughly conducted around the bush and geo locations.

“Well as God will have it this morning, the first victim which was the woman was rescued very early this morning and she has since joined her family at the Redeemed Church of God. The remaining four men, the search continued for them, the pressure was mounted, the policemen lined up although, as God will have it, they were equally rescued unhurt. That is to say the five persons that were kidnapped were all rescued unhurt.

“On thing I want to call the attention of Nigerians to is to clear the air that the five of them are pastors of the Redeemed Church of God. At the time the information filtered, we didn’t have any issues to join words with any one because first and foremost they were taken into the bush, nobody knew their identities, relatives started calling, at that point we didn’t want to say whether they were all pastors or not.

“But as at now the story is that only the woman is a deaconess of the Redeemed Christian Church of God and she has since joined her family just like the four gentlemen will join their families soon from what appeared to have been holding them to ransom. Even though in the process one or two things could have happened in the bush.

“Arrests were made, in such cases, there might be no direct arrest but soft targets — those who buy food, those who gave information, those that are suspected, that was why I said other things that happened at the forest is for investigation.

“To me, I’m not aware of ransom being paid, but they were rescued. Arrested so far in connection to this case were about three or four, because I was personally there. Security is there, you know somebody who wants to track you knows how to do it even in the midst of heavy security. It’s just to use the last loophole to rein terror and that’s how terrorists work, where you think they will be they will not be there, definitely there’s no way for them in this State,”
Top Stories