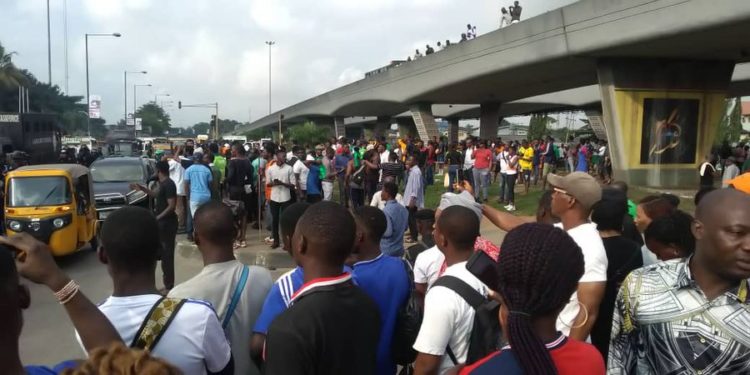 The protesters in Lagos
Members of the RevolutionNow movement who converged on the National Stadium, Surulere, Lagos, on Monday, were forcefully dispersed by soldiers and policemen, according to TheCable.
The protesters, who arrived at the stadium around 7am on Monday, for the kick-off of the protest met a detachment of policemen at the entrance of the stadium.
Some soldiers later joined the policemen.
Eliaz Ozikpu, one of the protesters told TheCable, that he was discussing the protest plans with others when security operatives crossed over the road to meet them. 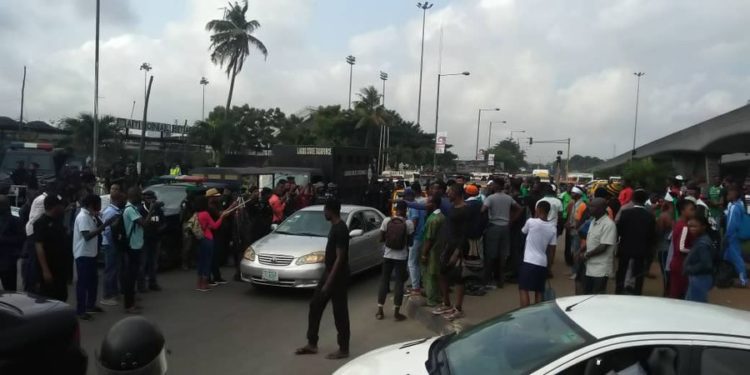 “We were standing here, while they watched us from the other side. Suddenly, they moved on us and said we can’t talk to the press. We weren’t even talking to the press yet. We were addressing ourselves,” he said.
The protesters, however, started chanting calling for the release of Omoyele Sowore, convener of the movement who was arrested Saturday by operatives of the Department of State Services (DSS).
Top Stories