Ebuka informed viewers that contrary to opinions that the new housemates are fake, they are indeed real and would be battling for the 60million prize. 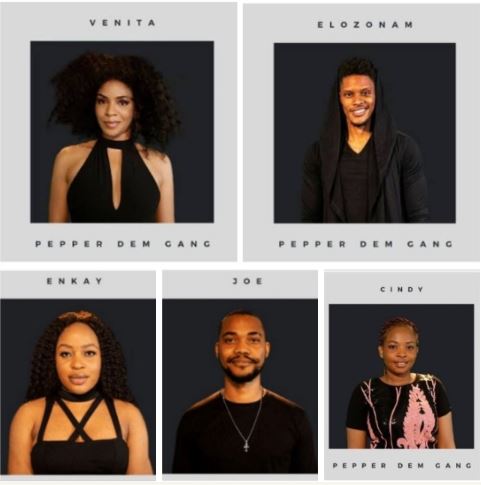 Big Brother, BBNaija host, Ebuka has confirmed that the five housemates introduced to the ‘pepper dem’ reality show last week are not fake housemates.
It was reported that following the introduction of five housemates last week, other housemates had expressed mixed feelings towards the development.
Big Brother had on Tuesday introduced two new housemates, Vendita and Elozanam, into the reality show.
Big Brother again on Wednesday brought in two new housemates, Joe and Ede Nkechinyere, AKA Enkay.
He also introduced the last housemate, Cindy, during the Friday live show.
However, during the live show on Sunday, Ebuka informed viewers that contrary to opinions that the new housemates are fake, they are indeed real and would be battling for the 60million prize.
Ebuka also stated that the new housemates will not be up for possible eviction this week.
He said they will not nominate any housemate during the Live Nomination Show, adding that they will not also participate in the Veto Power Challenge.
According to him, Biggie wants the new housemates to enjoy their first full week in the house.
Top Stories