Twenty-one housemates, for a period of 99 days, will struggle to emerge as winner of the N60m grand prize. 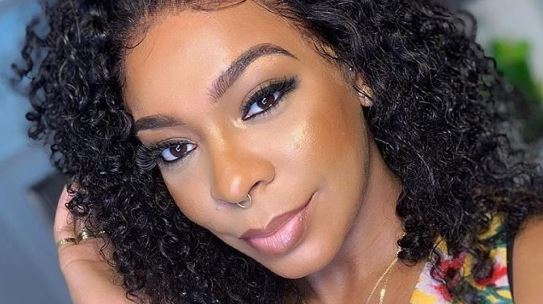 Tokunbo Idowu,
Ex-Big Brother Naija, BBNaija, housemate, Tokunbo Idowu, popularly known as Tboss, has revealed who should be the winner of ‘Pepper Dem’ edition of the reality TV show.
Tboss, who was also a runner up two years ago, on Sunday, through her Instagram page, suggested that a female should emerge winner of the 2019 edition.
She disclosed this shortly after Big Brother Naija housemate, Jeff, was evicted from the “Pepper dem” edition on Sunday.
Tboss wrote: “I thoroughly enjoyed tonight’s eviction show. Although some things & people are really beginning to p*** me off but I won’t talk- Not yet tho.
“Ps: Whilst everyone deserves to win as long as they made it into the house, however, I would lurvvv for a Female to win the Prize money this time around.
“Dear boys- y’all gonna have to leave this one for us. Pls, people let’s help make that happen-just because it’s called Big Brother that don’t mean that only Boys should win.
“I said what I said-If e pain you-Abeg come & do my laundry you would be fine by the time you’re done.”
It was reported that four housemates: Tacha, Jeff, Omashola and Mike, were nominated for eviction this week
Twenty-one housemates, for a period of 99 days, will struggle to emerge as winner of the N60m grand prize.
Top Stories