I May Not Play For Eagles Again - Brown Ideye


The 30-year-old had been without a club after his contract at Chinese Super League club Tianjin Teda expired in December 2018. 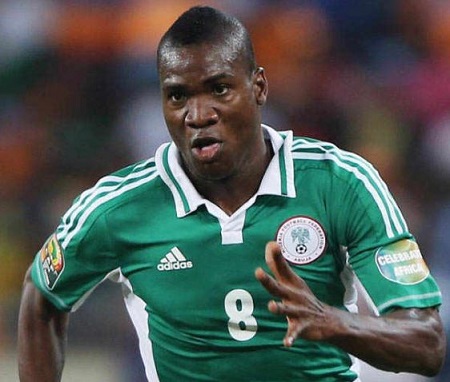 Brown Ideye
Striker Brown Ideye has ruled out a return to the Super Eagles claiming he wants to focus more on his club career with Aris Saloniki, Sports Extra reports.

Ideye, who is hoping to revive his career with Aris Saloniki after signing a one-season contract with the Greek club, hasn’t played an international match since 2016, when he provided an assist for Kelechi Iheanacho in Nigeria’s 2-1 win over Zambia in Ndola in a 2018 World Cup qualifier.

The 30-year-old had been without a club after his contract at Chinese Super League club Tianjin Teda expired in December 2018.

“I think I’m more than capable of doing a job for my country. But the fact is that I have been out for 12 months, it’s only best I focus more on getting back to my very best and my club career.”

“It is unfortunate from my point of view but it’s quite plain to see I’m not in their plans.

“Still, I would love to be involved. Representing my country was always the ultimate honour, but it’s just not going to happen any time soon.”