A little girl has gone missing after buying biscuits in Lagos state, a development which has sparked some unrest in her family. 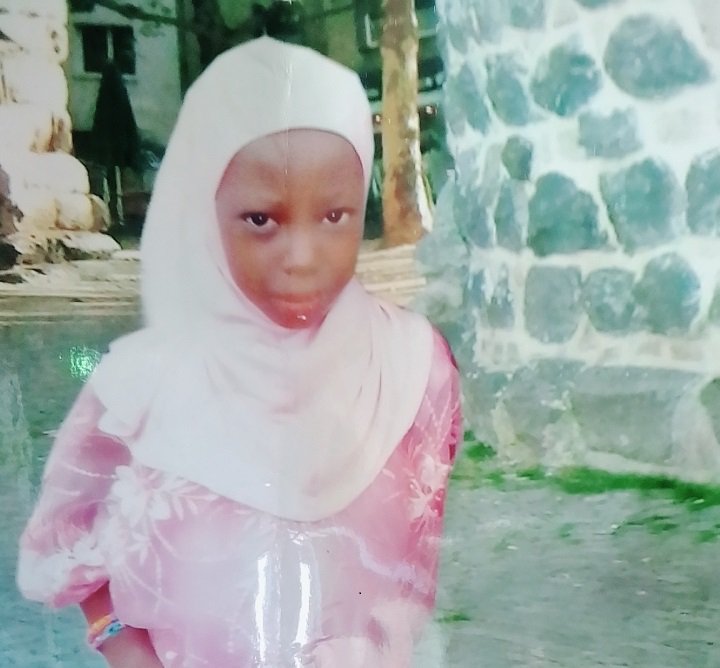 Zainab Muritala
A five year old girl, Zainab Muritala is missing. She was discovered missing onJuly 19, 2019, when she didn’t return home at 1b Abikoye street, Amukoko, area of Lagos state, after going to buy biscuit, The Nation reports.

Her father, Mr Ramon Muritala told The Nation that Zainab was noticed missing around 7pm.

Describing Zainab as a lively young girl, Muritala said: “She was playing outside the compound around 7pm that day when she went to her guardian who is my sister to ask for money to buy biscuit. She went to buy the biscuit while my sister waited for her to return, but we have been waiting for her return since then. We went out to look for her but could not find her,” he said.
He said the case has been reported to different police stations but all effort has proved abortive as the child has not been found. He said the search is still ongoing and begged anyone with useful information to report to the nearest police station.
Top Stories