There's also the possibility that Arsenal could throw in a player on loan, with Emile Smith Rowe an option. 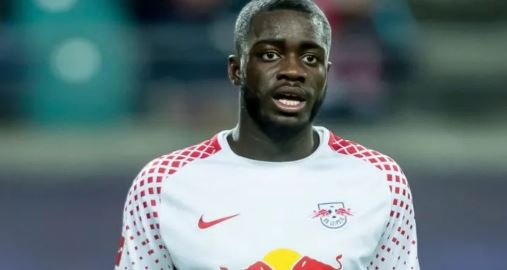 Dayot Upamecano
Arsenal have seen a €60m bid for Dayot Upamecano rejected by RB Leipzig, BILD reports.
The French defender was the subject of interest from the Gunners earlier this summer, but they are stepping up their drive to land him, with few days left before the window closes.
Leipzig see the 20-year-old as a key player for manager Julian Nagelsmann.
But an improved offer ahead of Thursday’s deadline would tempt the Bundesliga.
There’s also the possibility that Arsenal could throw in a player on loan, with Emile Smith Rowe an option.
Smith Rowe spent half of last season on loan at Leipzig.
Reiss Nelson might also be an attractive prospect, particularly as Nagelsmann worked with him with some success at Hoffenheim last year.
Gunners boss, Unai Emery, needs a centre-half before the window shuts, with just Sokratis, Calum Chambers and Shkodran Mustafi available.
Laurent Koscielny remains determined to leave, while Rob Holding is still making his way back from a cruciate knee ligament injury.
Top Stories