Taskforce officials have been seen forcefully shaving off some young men's hair in Niger state. 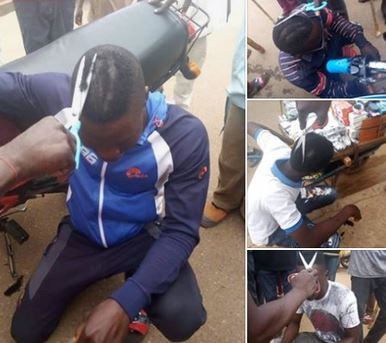 Some of the victims
Photos have emerged showing how some young men in Kontagora, Niger state had their hair forcefully shaved.

Local reports show that the unidentified young men had their hair shaved by some men of the state taskforce yesterday, August 5th.

According to Hausa media platform, Rariya, the men were accused of carrying ''uncomplimentary'' hairdo. The taskforce members used scissors to cut their hair. 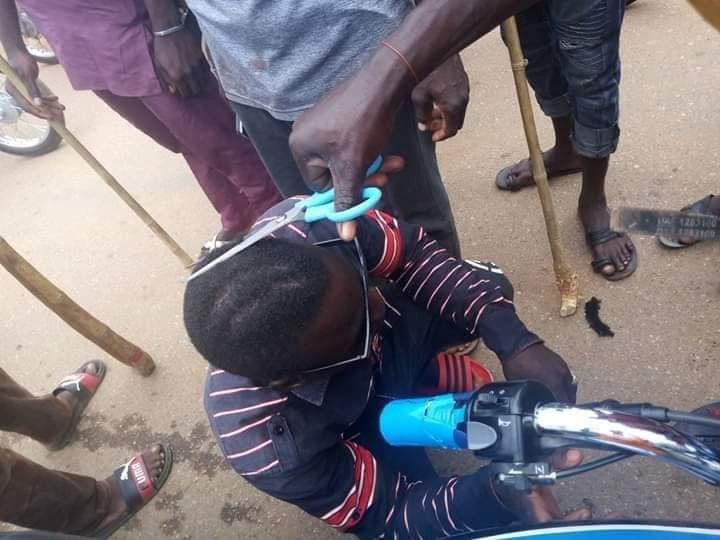 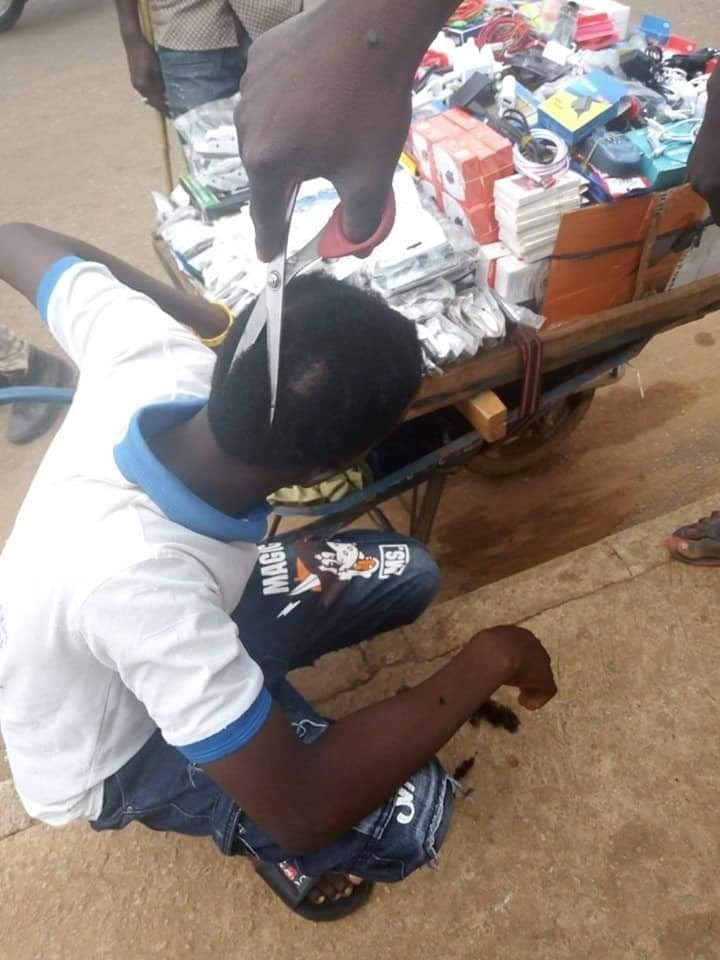 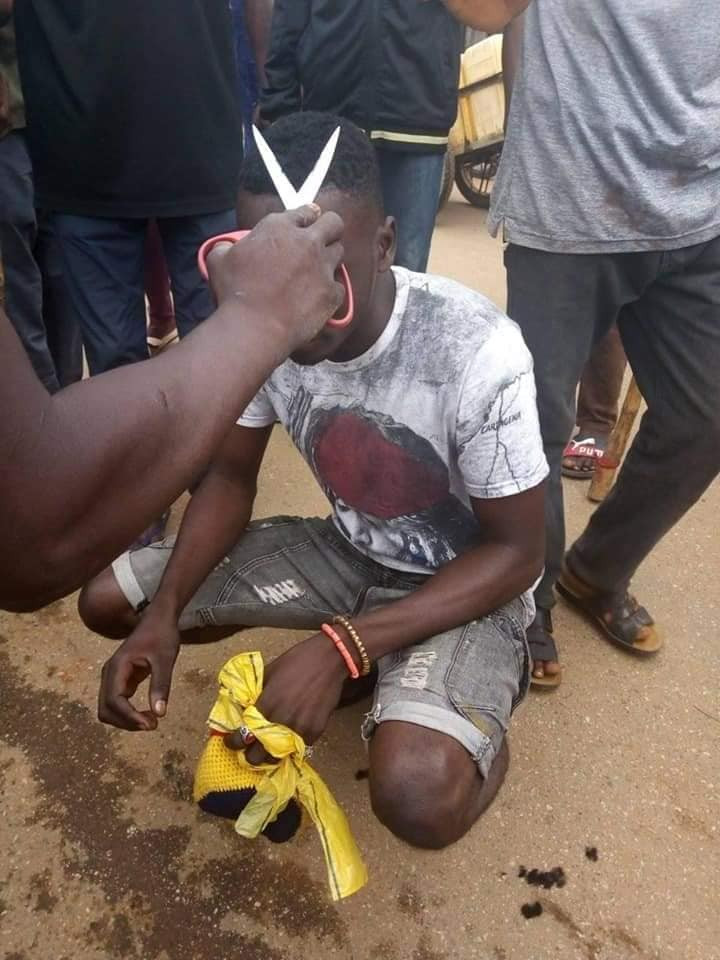 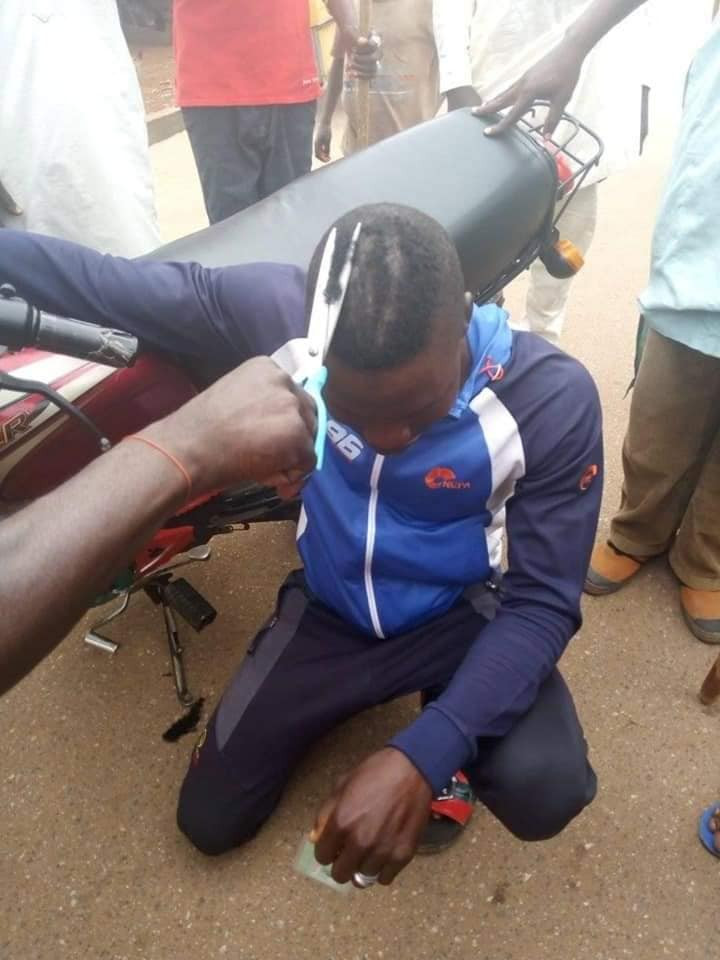