According to local sources, the deceased had requested for N700.00 from his mother to take care of an undisclosed pressing needs. 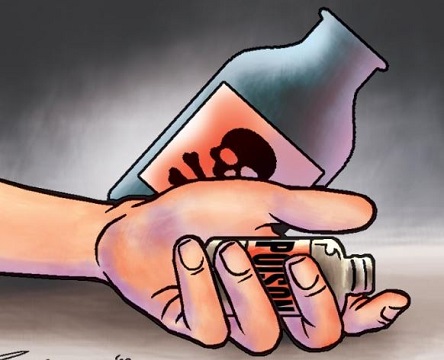 A 20-year-old boy, Augustine Okpako, has allegedly taken his own life by drinking a substance known as quick-action chemical used by farmers.
Although Okpako did not immediately die after drinking the substance; efforts to save him at a cottage hospital were unsuccessful.
The incident happened at Awhire community in Ughelli North Local Government Area of Delta State.
According to local sources, the deceased had requested for N700.00 from his mother to take care of an undisclosed pressing needs.
The mother was said to have promised to give him the money the following day as the requested sum was not readily available.
But the deceased insisted that he could not wait till the next day before hurriedly left the house to a secluded place where he allegedly drank the substance.
A community source said: “Although, before he died after drinking the quick action chemical that is used in spraying grass by farmers, we took him to Erhoike Cottage Hospital, but all efforts by the doctor to save his life  were not successful. “
Top Stories