Speaker of the house of assembly agreed to the prayers in the petition and asked that impeachment notice be served on the deputy governor. 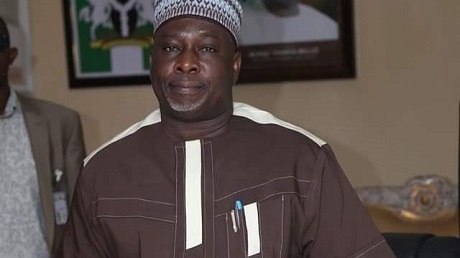 Simon Achuba
The Kogi state house of assembly has commenced impeachment proceedings against Simon Achuba, deputy governor of the state.

On Wednesday, Abdullahi Bello, majority leader of the house, read a petition against Achuba at plenary.

He said signatures of 21 of the 25 lawmakers have been collected for the impeachment.

The member who represents Ajaokuta constituency, cited section 188 of 1999 constitution and thereafter prayed the house to commence investigation ahead of the impeachment of the deputy governor.

Kolawole Matthew, speaker of the house of assembly, agreed to the prayers in the petition and asked that impeachment notice be served on the deputy governor.

Matthew gave Achuba 14 days to respond to the allegations levelled against him.

Achuba had accused Yahaya Bello, governor of the state, of not paying his allowances in the last two years.

He said he is being owed N819 million in salaries and allowances. Achuba also said the governor was after his life, an allegation which Bello denied.
Top Stories