So Sad! How HIV Patient Who Rejected Drugs Died After Embracing New Faith


A Nigerian medical doctor has expressed sadness after a HIV patient died due to refusal to take drugs after embracing new faith. 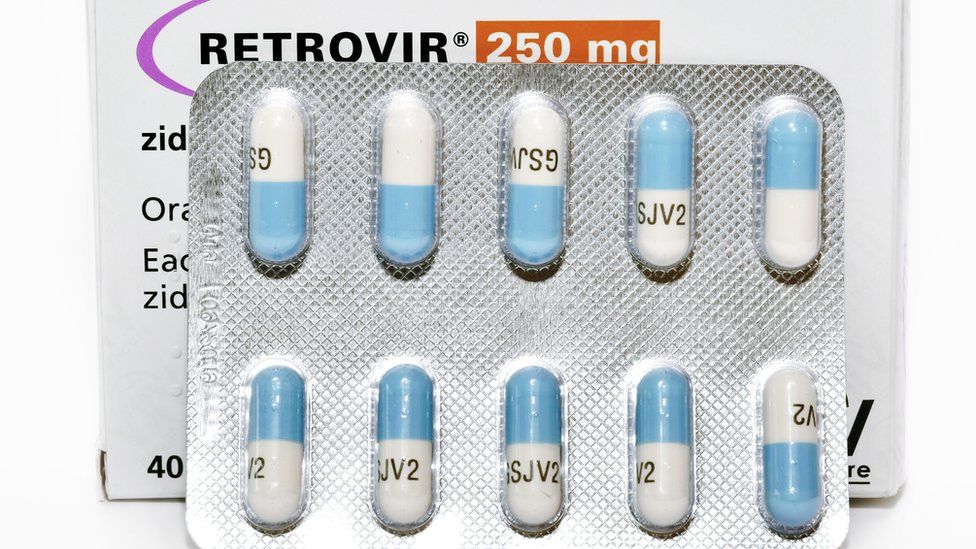 HIV drugs
A medical doctor has taken to her Twitter handle to express displeasure over the attitude of some patients who resort to faith instead of taking their medications.
The Medical Doctor, Tolu Adeleke was making reference to one of her HIV patients who lost his life after ignoring his drugs and claiming to have embraced faith.
Adeleke described the patient’s action as “foolishness”, urging the people not to rely on miracle from God when there are options provided for humans to live.
See her tweets below: 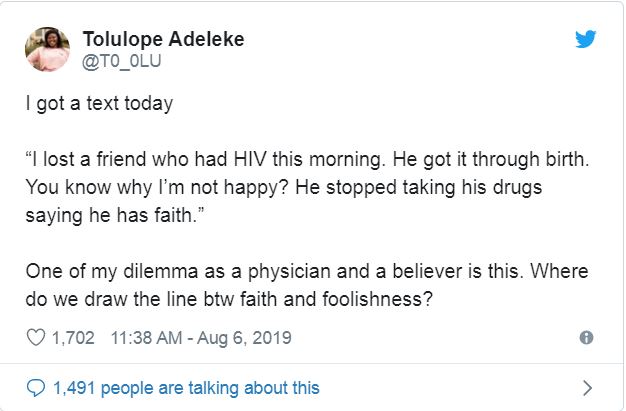