A mere three-year-old boy has reportedly drowned in a raging flood which took over a community in Makurdi. 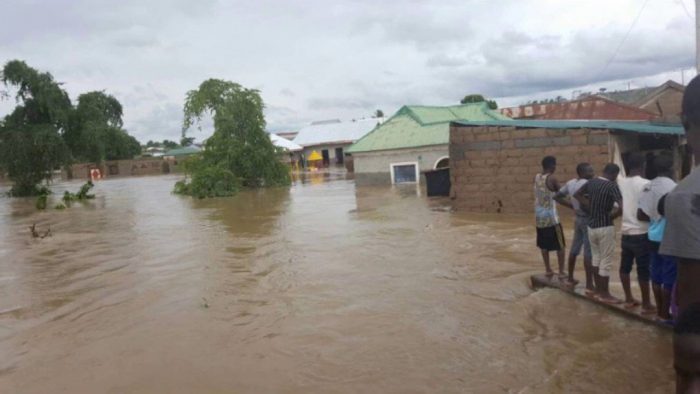 File photo
Mr Dondo Ahile, Benue Commissioner for Water Resources and Environment says a three-year-old boy allegedly drowned in a flood as a result of the downpour in the early hours of Thursday in Makurdi, Punch Meto reports.

Ahile told newsmen while assessing the impact of the flood in Wurukum area of Makurdi that the child was simply identified as Tervershima.

He said that the incident was reported to him during the inspection of the area.

According to him, the state government has identified the causes of the flood to include blocked culverts and narrow channels that are too small to handle the volume of water in the affected areas.

He said that the government would do everything to tackle the menace.

He appealed to people living along flood-prone areas to vacate such areas as soon as possible to prevent further disasters.

“As a government, we will try to address some of the causes before the main rain comes.

“People living along flood-prone areas should vacate the areas as government cannot be able to relocate everybody at a time,” he said.

Our correspondent who visited some of the affected areas reports that the flood submerged Wurukum Market, Wurukum Park, Living Faith Church, and Pleasure Travels Park in Wurukum.

Other places affected are Gyado, Villa village, Villa Suit Hotel, parts of Idye and Achusa village, amongst others, causing destruction to many houses and property.

NAN reports that flood has become an annual challenge to the people of Makurdi.

In 2017, floods destroyed many houses and property in over 15 local government areas in the state.

A trader at Wurukum Market, Mr John Eze said his entire shop with goods worth about N2 million had been submerged leaving him with nothing.

Eze said he was called to his shop by another trader over the development.
Top Stories